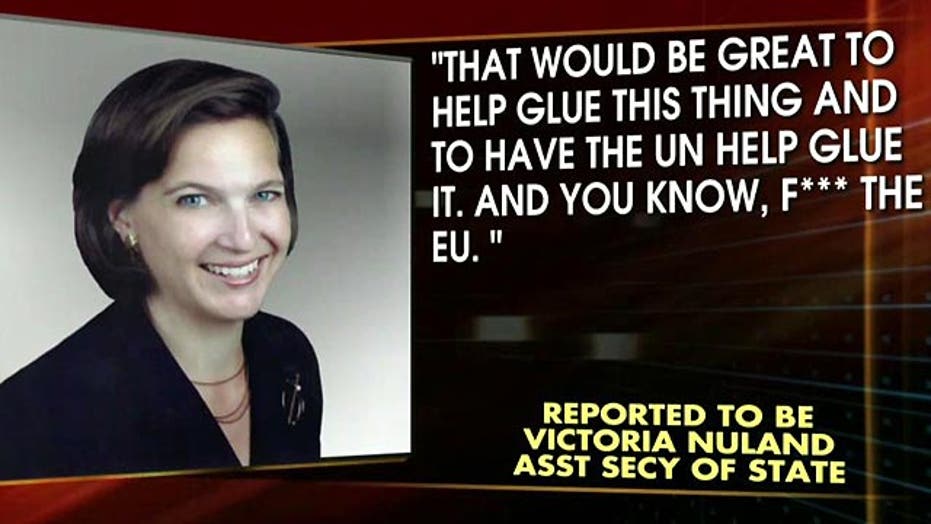 Always assume someone is listening

It’s a good bet that Diplomacy 101 teaches not to throw around the F-bomb. Victoria Nuland might have missed that day in class.

A newly leaked recording on YouTube appears to show Nuland, the U.S. Assistant Secretary of State, airing her frustration with the European Union.

During the call, Nuland is apparently heard discussing the escalating political crisis in the Ukraine with another top U.S. diplomat who sounds like Geoffrey Pyatt, ambassador to Ukraine.

Both are heard talking about how to resolve the political stand-off in Kiev following two months of anti-government protests.

Following the release of the tape, U.S. officials were quick to point fingers at Russia as the culprit.

During his daily briefing, White House Press Secretary Jay Carney seemed to allege Russia's assistant deputy prime minister had some type of involvement because he was among the first to tweet about the YouTube video.

Carney did not comment on the authenticity of the video nor did he confirm if it was Nuland and Pyatt's voices.

At the State Department briefing Thursday afternoon, spokesman Jen Psaki would not officially confirm the recording was authentic but went on to say that Nuland has since apologized to her E.U. counterparts.

Asked if she believed it was the recording of a real telephone call, Psaki said, "I didn't say it was inauthentic. I think we can leave it at that."