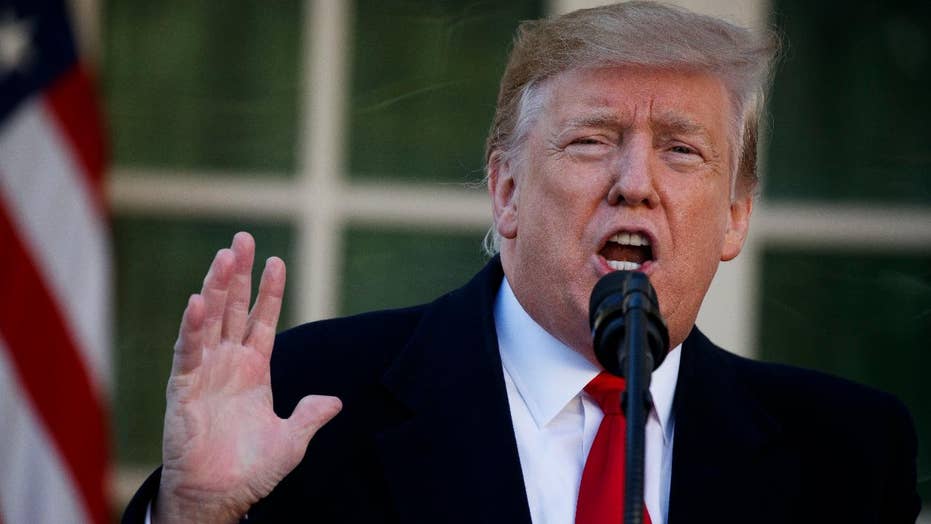 Is the US intelligence community at odds with President Trump?

The security assessment from top U.S. intelligence chiefs on Capitol Hill this week shed light on what could be a terrifying new alliance between Russia and China, Washington Examiner chief political correspondent Byron York argued Tuesday.

Earlier in the day, members of the Senate Intelligence Committee received insights on potential global threats -- including Iran, North Korea and ISIS -- from Dan Coats, director of national intelligence; Gina Haspel, CIA director; and Christopher Wray, FBI director. Many say their analyses contradict the rhetoric that has come from President Trump, who has downplayed many of the same security threats.

During Tuesday's "Special Report" All-Star panel, York -- along with NPR national political correspondent Mara Liasson and the Federalist senior editor Mollie Hemingway -- weighed in on the biggest takeaways from the intel hearing.

York pointed out that the “scariest sentence” from their report was that “China and Russia are more aligned than at any point during the mid-1950s,” and that both countries pose major cybersecurity threats to the U.S. and will likely try to interfere in future U.S. elections.

"That is not good," York told the panel.

“I think we have been expecting this for at least four years now,” York continued. “One of the things that I thought was most striking about this report was that a lot of it wasn’t very surprising given the news. When the report comes out and says that North Korea wants to build nuclear weapons and wants to build missile delivery systems to attack the United States or somewhere else, I mean the shocking thing would be if they weren’t. So there was a lot of news in here that we already knew.”

Hemingway agreed with York regarding Russia and China, acknowledging how they were “linked together as the same threat” -- and thus represented a bigger threat to the U.S.

Meanwhile, Liasson said that the intel leaders' assessment regarding North Korea not being willing to give up its nuclear weapons was a “serious warning.”

“That is setting the stage for this upcoming meeting between the president and Kim Jong Un," Liasson said. "It’s gonna be a lot harder than Donald Trump thought to get North Korea to make the kind of deal that he wants."