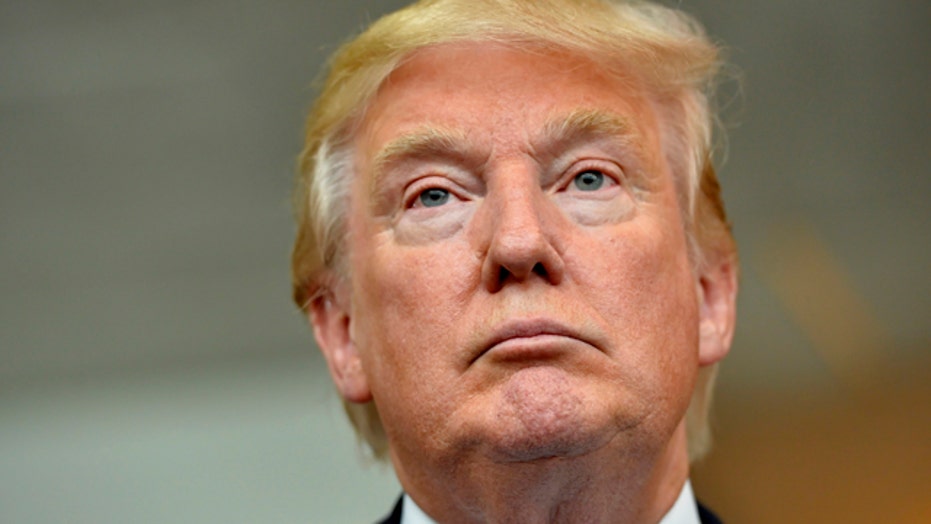 And yet many of the experts scratch their heads. How is Trump earning traction against the Republican Party’s political elites? Bush. Walker. Rubio. Christie. This is the GOP’s A-Team, after all.

The thousands upon thousands of Sanders loyalists showing up at rallies all reflect the Democrats’ left-flank. Some are liberals. Some are disciples of the Occupy Wall Street movement. And like those who embrace Trump, some are just disgusted, outraged and frustrated with “business-as-usual” in Washington.

They want to up-end the system. Tear down the castle. Throw out the “professional” politicians.

Where did this come from?

This restiveness is as old as the republic. In fact, it’s very American. The nation’s political system thrives on it and has seen it before, not that long ago.

Consider 2010 when the Tea Party loyalists arrived on Capitol Hill. Riled by ObamaCare, TARP (the Troubled Assets Relief Program), exploding deficits and the economic stimulus, angered voters pierced the Washington bubble. They showed many veteran lawmakers (mostly Democrats) the door. But the phenomenon didn’t begin with Democrats. The first scalps belonged to Republicans.

Subject A was Utah Sen. Bob Bennett in the spring of 2010, at the Utah Republican nominating convention. Now-Sen. Mike Lee, R-Utah, and   businessman Tim Bridgewater, who was also running for the seat, cornered Bennett, a three-term senator with an 84 percent rating from the American Conservative Union, forcing him from the ballot.

That was far from the first peak at restlessness in 2010.

And out of nowhere, Christine O’Donnell upended then-Rep. Mike Castle, R-Del., in the Republican primary for the seat of caretaker Sen. Ted Kaufman, a Democrat appointed to the Senate to succeed now-Vice President Biden. Castle was expected to be a lock on the seat in the primary and a for-sure GOP pickup.

But there is a moral to this story in 2010: Republicans may have seized control of the House of Representatives in the historic midterms. But the nominations of the likes of Angle and O’Donnell enabled Democrats to hold control of the Senate. Reid scored re-election in Nevada and Sen. Chris Coons, D-Del., dispatched O’Donnell.

But this potent disquiet is not an anomaly on the American political landscape.

Look at 1994 when Republicans captured the House for the first time in more than 40 years. And better yet, check the appeal of Ross Perot’s independent and Quixotic presidential bids in 1992 and 1996. Perot’s 1992 effort was of particular interest as he led the field in the summer of that year before astonishingly dropping out and then getting back in. Perot’s “cut the spending” message resonated with Democrats and conservatives alike. Come Election Day, Perot commanded nearly 20 percent of the popular vote.

And we haven’t even touched on other incidents. Look at the broad dissatisfaction among certain quarters of the Republican Party in the leadership of House Speaker John Boehner, R-Ohio, and Senate Majority Leader Mitch McConnell, R-Ky.

Neither appear to be going anywhere at this moment. But it wasn’t that long ago that party leaders on Capitol Hill possessed almost universal good standing throughout the party. Not anymore.

These are just recent examples.

Go explore the presidential campaigns of George Wallace and even Pat Paulsen sometime.

Anger and distrust have long been a movement in the American political system.

Examine one of the most-repugnant political campaigns in American history: the 1828 presidential sweepstakes between John Quincy Adams and Andrew Jackson. Adams won in the 1824 contest decided by the House of Representatives. Jackson felt then-House Speaker Henry Clay secured a “corrupt bargain” to win the presidency for Adams. So 1828 proved to be a row with Jackson emerging victorious -- as the first true “outsider” to ever capture the White House, dethroning the Adams dynasty.

So why all of this political anxiety?

This is a reality first documented by Alexis de Tocqueville, who documented the infant nation’s political mores in his early 19th Century study “Democracy in America.”

Tocqueville observed a condition that cuts to the core of what drives Americans batty about their government and often spurs political rebellion -- be it led by Ross Perot, Donald Trump or former House Speaker Newt Gingrich, R-Ga.

Tocqueville noted that centralized government “excels in preventing, not doing.”

He also argued that this experiment with democracy curbs the ability of citizens to “defend their independence against the aggressions of power.”

Of course, wherewithal to rally against the system resides in the opportunity of Americans to form coalitions, which, once, banded together, can often make an ardent challenge -- be it the Tea Party or Occupy Wall Street.

Of course, those groups rally against political power because they observe a wrong, wield a grievance and aim to change things. But what happens when everything is going on rather well?

Tocqueville sensed this fitfulness of the American political system in Chapter 13 of his survey, titled “Why the Americans are So Restless in the Midst of their Prosperity.” In this chapter, Tocqueville writes that in the “Old World,” some inhabitants are “extremely ignorant and poor,” not to mention “frequently oppressed by the government, yet their countenances are generally placid and their spirits light.”

Tocqueville says that among Americans, despite the opportunity for commerce, political say and upward mobility, many have “a cloud habitually hung upon their brow.”

Tocqueville argues that in America, “a man builds a house in which to spend his old age, and he sells it before the roof is on; he plants a garden and lets it just (sic) as the trees are coming into bearing; he brings a field into tillage and leaves other men to gather the crops; he embraces a profession and gives it up; he settles in a place, which he soon afterwards leaves to carry his changeable longings elsewhere.”

Perhaps this explains why President Obama rode in on a momentous surge of political capital in 2008 -- only to see it liquidated at an alarming rate in less than two years. Don’t forget to check out what the Iraq War also did to President George W. Bush and the GOP in the 2006 midterms.

Tocqueville asserts that Americans pursue “lofty hopes,” fostered somewhat by a system that encourages such thinking. And then of course, that is where American government steps in.

“Not only are they themselves powerless, but they are met at every step by immense obstacles, which they did not at first perceive,” he writes.

The GOP harnessed a 2010 wave to undo ObamaCare and balance the budget. It hasn’t gotten anywhere -- anywhere -- on either count.

Now Donald Trump speaks about problems with immigration. The Senate approved a bipartisan, comprehensive immigration reform bill two years ago. There was a point where the House may well have had the votes to pass the measure (mostly with a coalition of some Republicans and lots of Democrats). Now the immigration issue is even more calcified than before and Trump can thunder about the subject all he wants.

“It is possible to conceive of men arrived at a degree of freedom that should completely content them; they would then enjoy their independence without anxiety and without impatience,” wrote Tocqueville.

So Americans are stuck. This year it’s Donald Trump and Bernie Sanders. Next year? A version of the Tea Party? How about Perot? What about Gingrich? Wallace? What about John Boehner, who entered Congress in January, 1991 as a bomb-throwing backbencher determined to capsize the place on the back of the House Bank scandal?

This disquiet is as old as the republic. And Donald Trump has merely seized it for now.