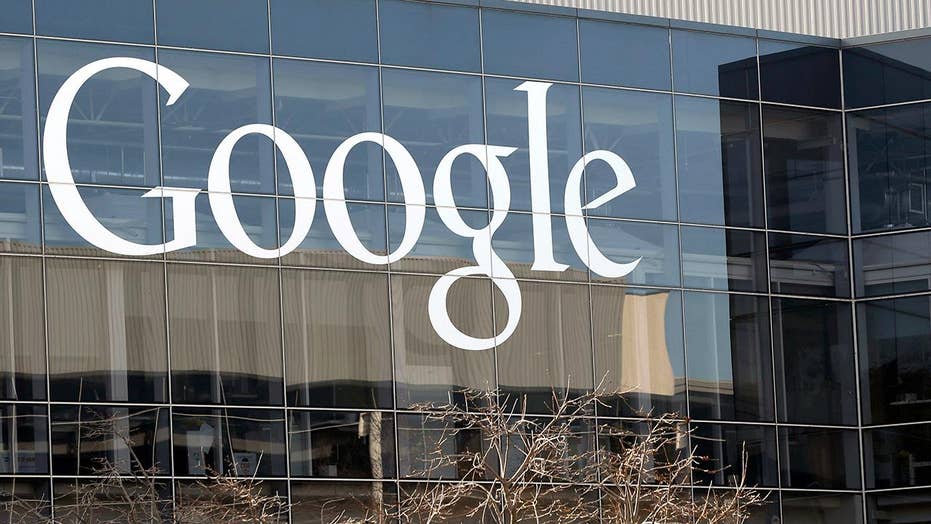 Sources say the Department of Justice is ramping up its probe of claims that Google violated antitrust laws; reaction from former prosecutor John Pavia.

The announcement closely followed one from a separate group of states Friday that disclosed an investigation into Facebook's market dominance. The two probes widen the antitrust scrutiny of big tech companies beyond sweeping federal and congressional investigations and enforcement action by European regulators.

A key issue in the states' probe is whether Google abuses its market dominance in online search, advertising, and mobile operating systems to unfairly gain leverage in other markets, stifling innovation and harming consumers. Although anti-conservative bias among Google's leadership has been documented and frequently draws the ire of top Republicans, the antitrust probes do not expressly relate to those concerns.

The president's comment came after an individual whom Google called a "disgruntled former employee" alleged that the company was working to ensure Trump does not win re-election.

FILE - In this May 1, 2019, file photo a man walks past a Google sign outside with a span of the Bay Bridge at rear in San Francisco. A group of states are expected to announce an investigation into Google on Monday, Sept. 9, to investigate whether the tech company has become too big. (AP Photo/Jeff Chiu, File)

California and Alabama are not part of the investigation, although it does include the District of Columbia and Puerto Rico. Tara Gallegos, a spokeswoman for California Attorney General Xavier Becerra, declined to confirm or deny any state investigation and would not comment on the announcement by the other states.

Both sides of the political aisle have targeted Google and other large tech companies in recent weeks. Several 2020 presidential candidates, most prominently Sen. Elizabeth Warren, D-Mass., have called for the tech giants to be broken up for alleged anticompetitive behavior -- the most extreme remedy available under the Sherman Antitrust Act.

AT&T and Standard Oil are among the most notable instances of companies being broken up by antitrust law. Perhaps the closest comparison to any attempt to split up Google would be the 2000 effort to break up Microsoft into two companies: one producing the Windows operating system, and the other producing software.

That remedy was approved by a trial judge but later overturned on appeal in favor of other sanctions, as experts argued that the operating system and software could not meaningfully be separated without undermining the quality of both products. Others pointed out that competitors could flourish -- and point to Apple's rise as vindication.

Regulators could focus on Google's popular video site YouTube, an acquisition Google scored in 2006, as a possible entity to spin off.

— Jen King, the director of privacy at Stanford's Center for Internet and Society.

"Google's services help people every day, create more choice for consumers, and support thousands of jobs and small businesses across the country," a Google spokesperson told Fox News in an emailed statement last week. "We continue to work constructively with regulators, including attorneys general, in answering questions about our business and the dynamic technology sector."

Google's parent company, Alphabet, has a market value of more than $820 billion and controls so many facets of the internet that it's fairly impossible to surf the web for long without running into at least one of its services. Google's dominance in online search and advertising enables it to target millions of consumers for their personal data.

Google said it expects the state authorities will ask the company about past similar investigations in the U.S. and internationally, senior vice president of global affairs Kent Walker wrote in a blog post Friday.

Joining Paxton, a Republican, in the investigation are the attorneys general of almost all U.S. states and the District of Columbia.

Google has long argued that although its businesses are large, they are useful and beneficial to consumers.

"Google is one of America's top spenders on research and development, making investments that spur innovation," Walker wrote. "Things that were science fiction a few years ago are now free for everyone — translating any language instantaneously, learning about objects by pointing your phone, getting an answer to pretty much any question you might have."

But federal and state regulators and policymakers are growing more concerned not just with the company's impact on ordinary internet users, but also on smaller companies striving to compete in Google's markets.

"On the one hand, you could just say, 'well, Google is dominant because they're good,'" said Jen King, the director of privacy at Stanford's Center for Internet and Society. "But at the same time, it's created an ecosystem where people's whole internet experience is mediated through Google's home page and Google's other products."

Experts believe the probe could focus on at least one of three areas that have caught regulators' eyes.

A good first place to look might be online advertising. Google will control 31.1 percent of global digital ad dollars in 2019, according to eMarketer estimates, crushing a distant second-place Facebook. And many smaller advertisers have argued that Google has such a stranglehold on the market that it becomes a system of whatever Google says, goes — because the alternative could be not reaching customers.

Google employees call for tech giant to not work with ICE, Customs and Border Protection

"There's definitely concern on the part of the advertisers themselves that Google wields way too much power in setting rates and favoring their own services over others," King said.

Another visibly huge piece of Google's business is its search platform, often the starting point for millions of people when they go online. Google dwarfs other search competitors and has faced harsh criticism in the past for favoring its own products over competitors at the top of search results. European regulators also have investigated in this area, ultimately fining Google for promoting its own shopping service. Google is appealing the fine.

Google's open smartphone operating system, Android, is the most widely used in the world.

The Justice Department opened a sweeping investigation of big tech companies this summer, looking at whether their online platforms have hurt competition, suppressed innovation or otherwise harmed consumers. The Federal Trade Commission has been conducting its own competition probe of Big Tech, as has the House Judiciary subcommittee on antitrust.