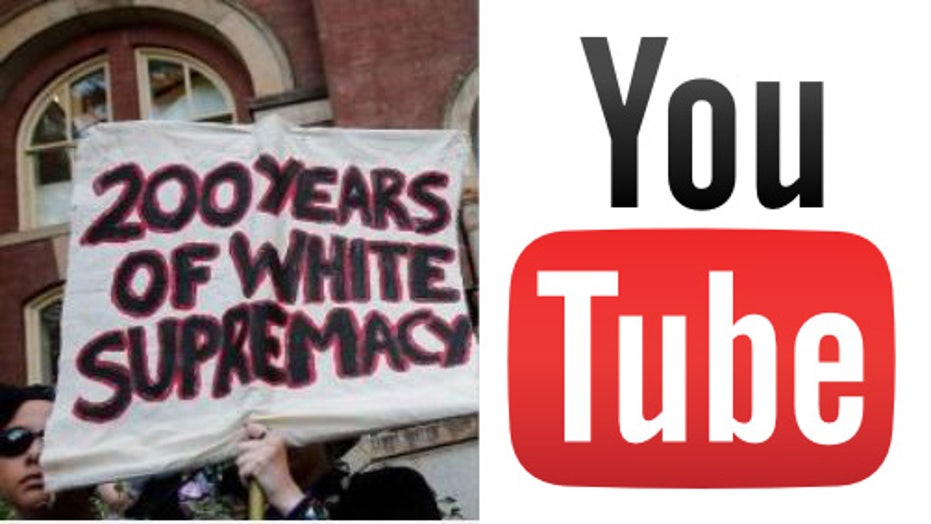 YouTube has removed more than 17,000 channels and 100,000 videos, along with at least 500 million comments, since the company announced a broad crackdown on hate speech in June.

The Google-owned video platform said it removed five times as many videos and channels as the previous quarter in a Tuesday blog post.

YouTube spent months developing the policy -- which had some snafus, including some history teachers sharing archival footage of Adolf Hitler who were swept up in it. The updated rules were part of an aggressive attempt to rid the platform of white supremacist and conspiracy theory content.

The Google-owned tech platform has removed a massive number of channels and videos in the wake of its crackdown on hate speech. (Getty Images/YouTube)

"As our teams review and remove more content in line with the new policy, our machine detection will improve in tandem. ...The profound impact of our hate speech policy update is already evident in the data released in this quarter’s Community Guidelines Enforcement Report."

YouTube uses a combination of machine learning and human reviewers to deal with content in violation of its policies.

"We sometimes use hashes (or “digital fingerprints”) to catch copies of known violative content before they are ever made available to view. For some content, like child sexual abuse images (CSAI) and terrorist recruitment videos, we contribute to shared industry databases of hashes to increase the volume of content our machines can catch at upload," the company explained in its blog post.

CO-FOUNDER STEVE WOZNIAK THINKS APPLE SHOULD BE BROKEN UP

Although the spread of white supremacist content has garnered a lot of attention for YouTube, the company also points out that such violative videos only represent a tiny fraction of the vast amount of content that gets uploaded every hour.

"The nearly 30,000 videos we removed for hate speech over the last month generated just 3 percent of the views that knitting videos did over the same time period," according to YouTube.