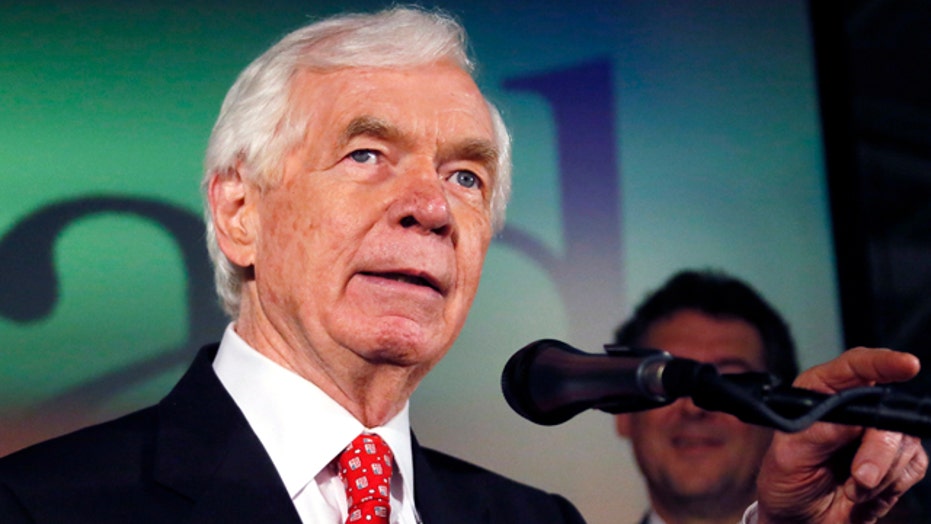 Insight from Larry Sabato, director at the Center for Politics at the University of Virginia

The Tea Party-backed challenger who narrowly lost a GOP runoff to Mississippi Sen. Thad Cochran said Wednesday he is weighing whether to challenge the result of the race.

Cochran was declared the winner of the tight race by a 6,373-vote advantage late Tuesday night over state Sen. Chris McDaniel. However, McDaniel has not explicitly conceded, instead complaining of "dozens of irregularities" that he has implied were due to Cochran courting Democrats and independents.

McDaniel said in a statement that his team is looking into the alleged irregularities to determine if a challenge is warranted.

"If our party and our conservative movement are to co-exist, it is paramount that we ensure the sanctity of the election process is upheld,” he said. “And we will do that. In the case of yesterday's election, we must be absolutely certain that our Republican primary was won by Republican voters."

McDaniel said last night’s results show that “some members” of the GOP are willing to engage in campaign tactics that are “unbecoming of the party of Ronald Reagan.”

“It's no wonder so many conservatives don't feel welcome in the Republican party," he said.

Tea Party leaders told Fox News earlier Wednesday that McDaniel campaign operatives are weighing the challenge on the grounds that Democratic voters allegedly crossed over from the Democratic primary to vote for Cochran. Under Mississippi law, voters in one party's primary must intend to support that party's nominee in the general election.

The runoff was held after neither candidate clinched the GOP nomination in the June 3 primary. The race was a test of whether Cochran, 76-year-old first elected to Congress in 1972, could win over voters with his Washington seniority and clout over McDaniel and his Tea Party supporters.

“It’s been a real pleasure working with so many of you and making appearances in towns all across Mississippi,” Cochran said during his brief victory speech late Tuesday night, in which he thanked those who had helped him secure what he called a "great victory."

"It's a group effort. It's not a solo. And so we all have a right to be proud of our state tonight," he said.