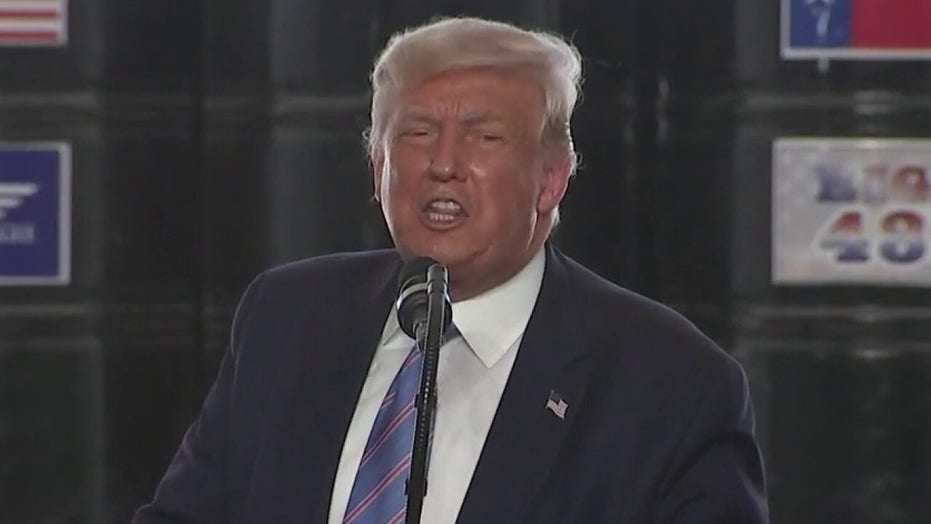 'Delete the tweet?' Ari Fleischer suspects he knows what Trump was suggesting by delaying the election

Members of the media, politicians and others on both sides of the aisle swiftly condemned President Trump over his suggestion in a tweet Thursday morning that the U.S. could delay the 2020 election over concerns about the security of mail-in ballots.

Trump and many Republicans have raised concerns in recent months about the security of mail-in ballots, but this is the first time Trump has mentioned the possibility of moving the election. Presumptive Democratic nominee Joe Biden previously said "[m]ark my words, I think he is going to try to kick back the election somehow, come up with some rationale why it can’t be held. That’s the only way he thinks he can possibly win."

Trump, when pressed on the charge, denied he had thoughts of delaying the election, saying "[w]hy would I do that?"

But Trump brought up the topic of delaying the election in a Thursday tweet, which he later pinned to the top of his profile, making it the most prominent post on his feed.

"With Universal Mail-In Voting (not Absentee Voting, which is good), 2020 will be the most INACCURATE & FRAUDULENT Election in history," Trump said. "It will be a great embarrassment to the USA. Delay the Election until people can properly, securely and safely vote???"

The backlash came from both sides of the aisle.

"No, Mr. President. We're not delaying the election," Sen.Bernie Sanders, I-Vt., who caucuses with the Senate's Democrats, said. "The American people are sick and tired of your authoritarianism, your lies, your racism. On November 3, 2020 democracy will prevail and your disastrous presidency will end. Bye-bye."

"#BREAKING: @senatemajldr just told me over the phone that the election date is set in stone," WNKY reporter Max Wintz tweeted. "He cited past crises taking place during an election."

And House Majority Whip James Clyburn, D-S.C., said Trump's suggestion was particularly distasteful on the day of the funeral of civil rights icon John Lewis, who was badly beaten on the Selma-Montgomery March in 1965 fighting for African-American voting rights.

"The President’s suggestion of delaying the election on the day we lay John Lewis to rest is the most despicable affront to his memory & legacy," Clyburn said. "Americans will rise up & continue John's fight for unfettered access to the ballot box. Our voices will not be silenced."

The White House in a statement Thursday elaborated on Trump's tweet, saying that Trump was not fully demanding that the day of the election be changed, and criticized Democrats for promoting a massive expansion of mail-in voting that Republicans say is ripe to be taken advantage of.

"The President is simply raising a question, whereas Democrats are proposing an entirely new system (of massive mail-in voting) that will result in enormous delays in the election results," a senior administration official told Fox News.

Democrats, citing studies on the reliability of mail-in and absentee voting, however it is termed, say that those concerns are unwarranted and meant to suppress voting. Republicans counter that mail-in voting has never been used on the scale Democrats propose, and Attorney General Bill Barr said in a House hearing Wednesday that it's "common sense" such widespread mail-in voting is vulnerable.

Republicans have also sought to draw a distinction between mail-in and absentee voting -- as Trump did in his Thursday tweet -- saying that absentee ballots need to be requested, adding extra steps to the process that ensure security instead of mass-mailing ballots to every registered voter.

TRUMP DENIES BIDEN CLAIM HE MIGHT TRY TO DELAY 2020 ELECTION

"President Trump is raising valid concerns about the risks of jury-rigging a universal vote-by-mail system," Snead said. "Absentee voting options should be available for voters, but requesting an absentee ballot is not the same thing as an all-mail election, and the dysfunction of the pandemic primaries shows that to be unwise and ripe for abuse. Automatically mailing ballots to all registrations—even those that are wrong or outdated—is wasteful and creates unnecessary risks for fraud."

Snead said, however, that Trump "cannot unilaterally delay a federal election, though that does not appear to be what was suggested. Americans will be going to the polls on November 3—that is clear."

A change to the date of the election would require legislation to be passed by Congress, which is almost certain not to happen. The Constitution states that "Congress may determine" when the presidential election happens, "which Day shall be the same throughout the United States."

"It's extremely disturbing to see the POTUS call to 'delay the election.'" he said. "That's some insane, authoritarian B.S. and we absolutely will not be doing it."