President Trump denied on Monday an assertion by presumptive Democratic presidential nominee Joe Biden that he would try to delay November’s presidential election due to the coronavirus pandemic.

“I never even thought of changing the date of the election,” Trump said during a news conference in the White House Rose Garden. “Why would I do that?”

The president’s comments come several days after Biden claimed that Trump might work to delay the election. Biden’s words came on the heels of comments from Dr. Anthony Fauci, the top U.S. disease expert, who said in an interview that he could not guarantee that it will be safe to physically vote at polls in November due to the coronavirus.

“Mark my words, I think he is going to try to kick back the election somehow, come up with some rationale why it can’t be held. That’s the only way he thinks he can possibly win,” Biden said in an online campaign event, according to a pool report.

A president, however, cannot delay a general election.

While states have the authority to reschedule voting for the parties’ primaries – which they have done during the current public health crisis -- that flexibility does not exist for the general election. 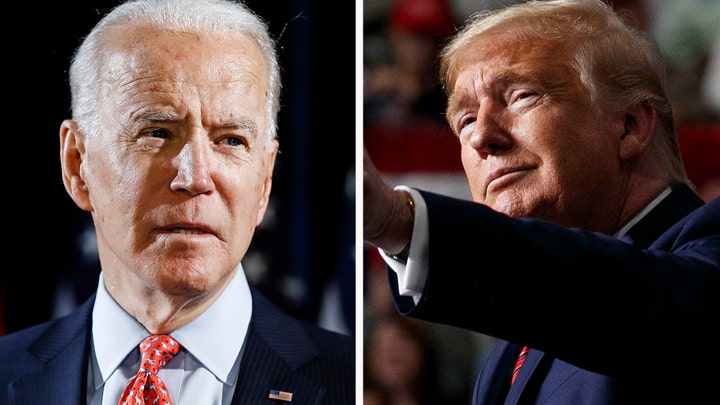 Under the U.S. Constitution, a president cannot stay in office past a four-year term without being reelected. If the election does not happen for any reason, constitutional rules of succession kick in.

A 1948 also specifies that Election Day must be “the Tuesday next after the first Monday in November, in every fourth year succeeding every election of a President and Vice President.” While Congress could push it back a few weeks in an extreme scenario, if they tried to go too far into the future they would run afoul of the Constitution.

Biden’s comments are just the latest he’s made voicing his concern over how Trump could try to undermine the November general election. 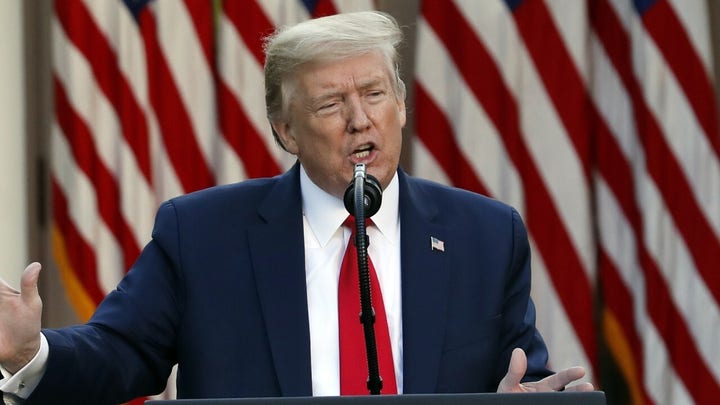 The former vice president has also blasted Trump for working to block emergency funding for the cash-strapped U.S. Postal Service, which would handle tens of millions of ballots this fall. Biden said it’s evidence that Trump already is trying to “undermine” the election and make it more difficult for Americans to vote.

“We have to make it easier for everybody to be able to vote, particularly if we are still basically in the kind of lockdown circumstances we are in now,” Biden told about 650 donors. “But that takes a lot of money, and it’s going to require us to provide money for states and insist they provide mail-in ballots.” 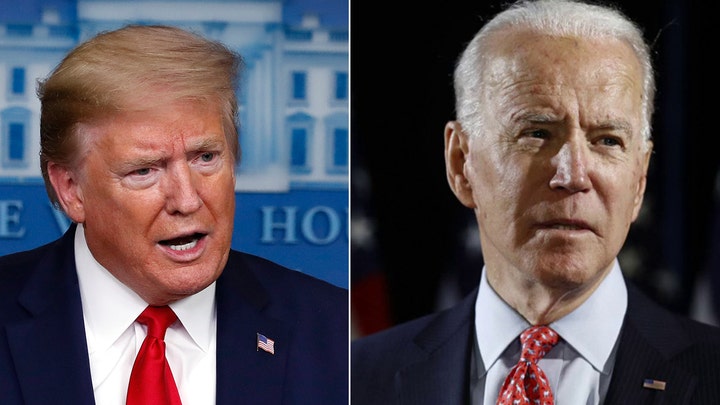 Trump then suggested that “you get thousands and thousands of people sitting in someone's living room signing ballots all over the place. … I think that mail-in voting is a terrible thing.” The president didn’t offer any evidence to back up his claim that voting by mail is rampant with fraud and abuse.

A Fox News poll released last showed that Biden leading Trump in the battleground states of Michigan and Pennsylvania.