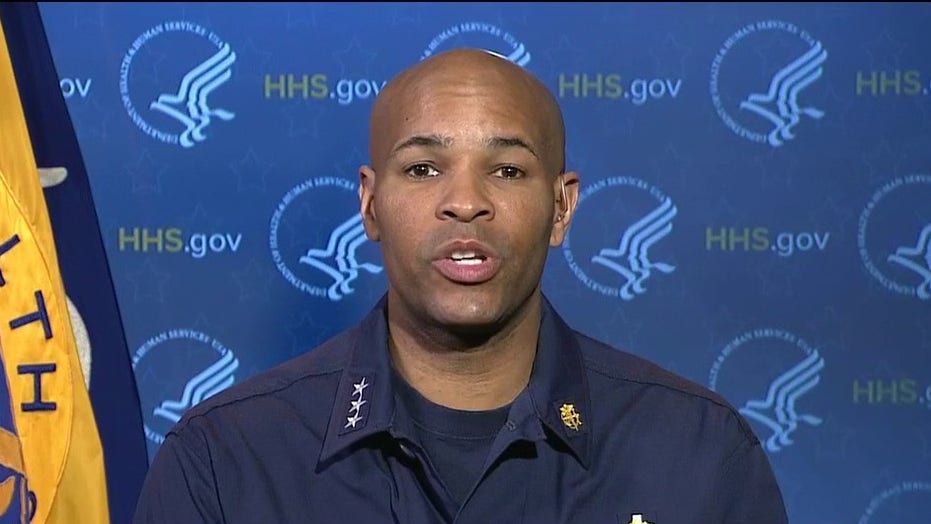 In a new interview, Surgeon General Jerome Adams drew parallels between himself and George Floyd, whose death while in Minneapolis police custody has sparked protests across the nation and globe.

“That could have been me,” Adams told Politico’s "Pulse Check" podcast.

Adams, a prominent African-American in the Trump administration and the nation’s top doctor since 2017, told the podcast he’s repeatedly been detained in grocery stores and shopping centers and accused of a theft he didn’t commit.

Adams said the likely racial profiling he himself has faced helped him to empathize with how Floyd’s detainment by police for a suspected counterfeit bill ended in a tragic death.

“That could be me, pulled over for speeding five miles over the speed limit. That could be me with a busted tail light,” Adams said. “That could be me who is just seen as a black man and not as the surgeon general of the United States -- especially if I'm not wearing a uniform, but I'm casually dressed in my hoodie and tennis shoes and athletic apparel -- and that could be me on the side of a road with a knee in my neck.”

Adams said that many in the black community saw themselves in Floyd’s death, and he praised Merck CEO Kenneth Frazier for expressing similar sentiments.

"I think really it’s why you have so many people angry and frustrated, because they saw that. They saw that,” Adams said. “And they didn't see George Floyd alone. They saw themselves. They saw their faces there with that knee on their necks.”

Adams has repeatedly spoken out about racial disparities in the coronavirus pandemic and warned that minority populations are at greater risk of facing harsh side effects from COVID-19. Still, he said he understands why Americans are taking the risk to protest, saying “we need a lot of work” to reform police departments.