The Supreme Court has temporarily blocked the enforcement of a subpoena for President Trump’s tax returns.

Chief Justice John Roberts issued the order Monday, calling for a stay on a ruling from the D.C. Circuit Court of Appeals that allowed for the House Oversight Committee to obtain the information from accounting firm Mazars USA. Roberts put the ruling on hold after Trump filed an application with the high court.

The House had agreed for a temporary stay while they file briefs in the matter. The Supreme Court gave them until Nov. 21. The subpoena will remain blocked while the Supreme Court decides whether or not to hear the case. 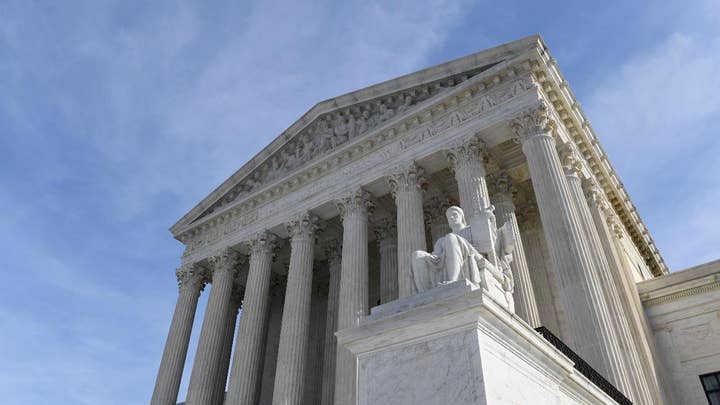 "The Committee will file an opposition to the Trump Applicants’ motion for a stay of issuance of the D.C. Circuit’s mandate pending disposition of their upcoming certiorari petition," House attorney Douglas Letter said in a letter to the court. "Out of courtesy to this Court, the Committee does not, however, oppose a short ten-day administrative stay, beginning on November 20, 2019, to enable the Court to receive an opposition by the Committee and then rule on the Trump Applicants’ request for a stay pending certiorari."

The Supreme Court is next scheduled to meet on Friday and may discuss the case then.

Trump has also filed a similar request in a separate case in which New York prosecutors have subpoenaed his tax returns from Mazars USA, after a lower court ruling said it could be enforced.