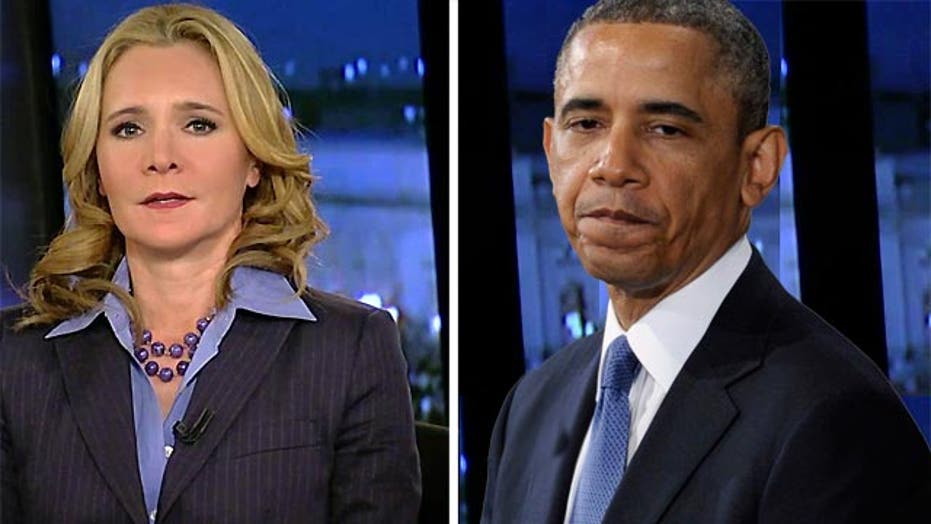 A.B. Stoddard told viewers Thursday that President Obama's efforts to campaign on behalf of Democratic congressional candidates may actually be hurting their chances.

A.B. Stoddard said Thursday on "Special Report with Bret Baier" that President Obama's campaign efforts on behalf of Democratic congressional candidates may only be hurting their chances.

"He is still trying to make the case for why [voters] need to engage and why they need to vote for that candidate," Stoddard, a columnist for The Hill, said. "It doesn't seem like it helps the candidate, but he really believes that he's being helpful."

Obama has been stumping for Democratic candidates in tough election races, but several Democrats have been steadily distancing themselves from the president because of his unpopularity in polls.

"Senator Kay Hagan was asked by a reporter several times whether or not President Obama is a strong leader - she couldn't answer the question," Stoddard said of the North Carolina senator battling for re-election this November. "This becomes a commercial for Republican challengers, if they say something like, yes President Obama is a strong leader, or yes, I still support his polices."