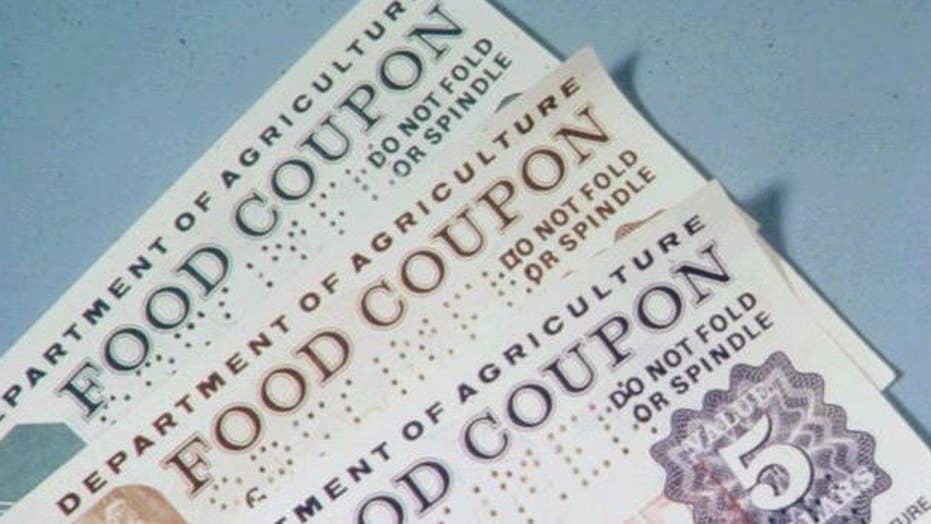 States are moving to once again require able-bodied adults to put in work hours in exchange for food stamps, after the requirements largely were suspended by the Obama administration.

The slow-moving reversal follows the administration pulling back on Clinton-era changes that required recipients to work for government welfare benefits. Signing the reform bill in 1996 alongside then-Speaker Newt Gingrich, then-President Bill Clinton said the goal was to make welfare “a second chance, not a way of life.”

But during the last recession, President Obama allowed states to suspend a requirement that able-bodied adults without children work at least 20 hours per week or participate in a training program to receive benefits for more than three months.

He allowed recipients to stay on food stamps indefinitely, arguing the three-month maximum was unfair with unemployment at 10 percent.

"Food stamp recipients didn't cause the financial crisis, Wall Street did," said Obama at this past January’s State of the Union address.

Unemployment today is half of what it was in 2009, yet last year more than 40 states did not require welfare recipients to work.

Kansas was one of the first states to reverse that in 2013.

"I believe most Americans and most Kansans think it's common sense," said Andrew Wiens of the Kansas Department for Children & Families. "These are able-bodied adults without dependents. They don't have children in the home. They're not elderly, they're not disabled. These folks should be working."

Since Kansas reinstated work rules, food stamp rolls
dropped by 20,000 and the incomes of those who left increased by 127 percent, Wiens said.

The state also imposed limits on how recipients could use their benefits after finding some enrollees used their welfare cash and food stamps cards on cruise ships.

"Those benefits should be used for necessities," Wiens said. "You can't use them at casinos, strip clubs, massage or tattoo parlors."

Maine followed the Kansas lead in 2014. In the first three months, the number of able-bodied adults without children on food stamps fell by almost 80 percent. It also cracked down on recipients using their welfare benefits out of state after finding hundreds of Maine residents used their EBT cash cards at or near Disney World.

"Maine found millions of dollars being spent in Florida," said Josh Archambault of the Foundation for Government Accountability. "That raised all sorts of red flags."

Another red flag -- a Maine state employee recognized the name of a large state lottery winner. It turned out the state did not require an asset test, allowing food stamp recipients to have vacation homes, multiple cars and lottery winnings and still qualify. After a 2015 state study found 4,000 welfare recipients won more than $22 million in the state lottery funds, Maine imposed a limit on assets.

"An individual could win a half million dollars," said Archambault. "In the month they receive the lump sum they may not qualify because it counts as income. The very next month and every month going forward, they can legally sign up for food stamps."