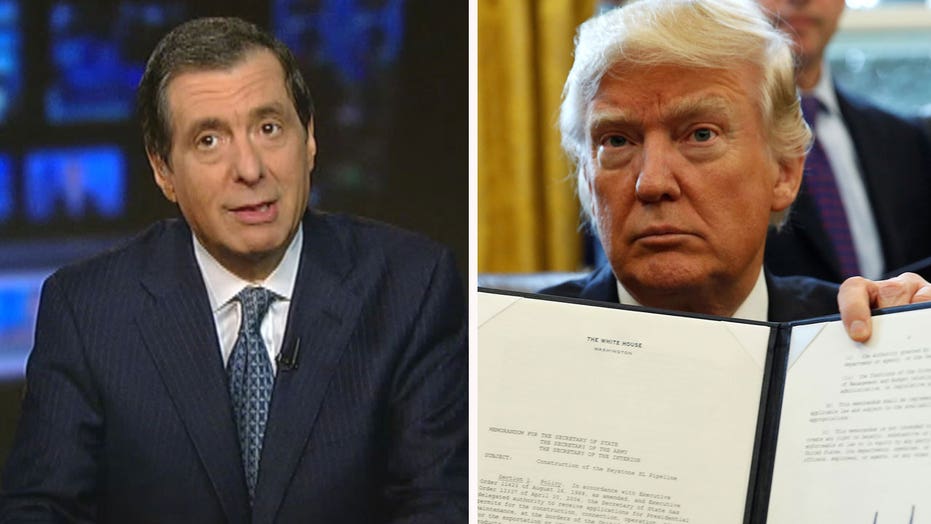 So are the media filled with headlines about how he’s off to a fast start?

This is the split-screen reality of the new administration. In television terms, the main image on the screen is the 45th president’s actions, and in a small box on the bottom right is the distraction du jour—Trump declaring war on the media, tweeting something provocative or making an unsubstantiated claim.

And then all of a sudden, that small box is blown up until it fills most of the screen, and what he’s doing officially shrinks to small corner at the bottom.

Some of this reflects the media’s natural preference for sniping over substance. Conflict is captivating, bipartisanship is boring.

Some of it reflects a media aggressiveness toward Trump that was missing in the last administration, and in some quarters an underlying hostility.

And some is Trump’s own doing.

The president turned what had been a sidebar story on the size of his inaugural crowd by taking it on himself and then sending Sean Spicer out for a blistering lecture of the press.

And it’s hard to understand why Trump again repeated his claim to congressional leaders, without evidence, that up to 5 million illegal immigrants voted in the election. State officials have found scant evidence of such illegal voting. I get that Trump is concerned about having lost the popular vote, but he’s still president, and the comment sparked another round of falsehood stories in the media.

Reporters asked Sean Spicer about the issue at least a half-dozen times at yesterday’s briefing. The press secretary simply said “the president does believe that” and “continues to maintain that belief based on studies and evidence presented to him.” He did not elaborate and quickly moved on each time it was raised.

Now we can debate the impact that Trump’s executive orders on the Keystone and Dakota pipelines will have on jobs, along with his vow to slash regulations by as much as 75 percent. But when the leaders of unions that backed Hillary Clinton are saying nice things about their meeting with a Republican president, that sounds like news.

And when the GOP president has a constructive session with Chuck Schumer and Nancy Pelosi along with members of his own party, that strikes a contrast with Barack Obama, who didn’t much like schmoozing with Hill types, including his fellow Democrats.

During the campaign, the media were constantly predicting doom and gloom for Trump as he plunged from one controversy to the next, sometimes hyped, sometimes self-inflicted. The larger story, his connection to working-class voters, was badly missed.

I suspect that the folks who voted for Trump in Michigan, Wisconsin and Pennsylvania are a lot more interested in business regulations and pipeline jobs than in how many people gathered last week on the Mall.