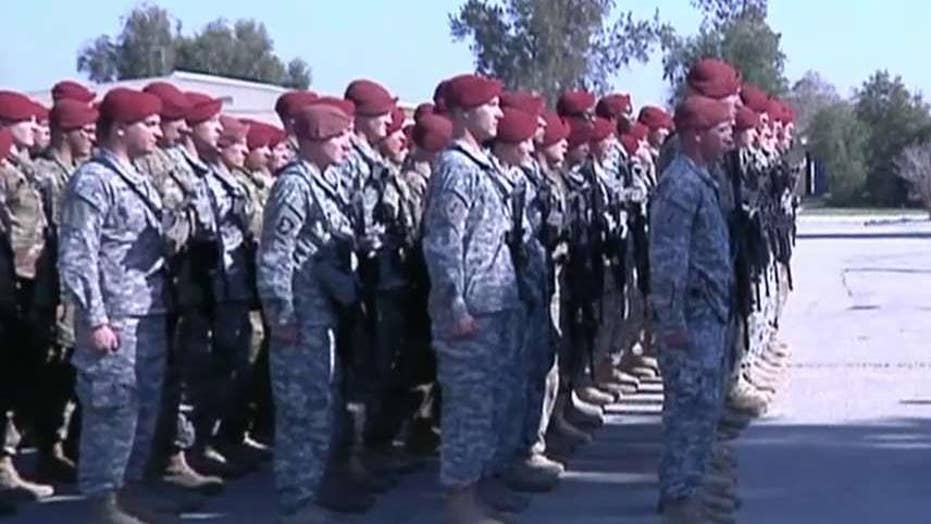 ISIS may be chasing American troops from the Sinai Peninsula

Concerned that hundreds of American forces based in Egypt’s Sinai Peninsula are vulnerable to attack by a nearby Islamic State affiliate, top administration officials are worried about their safety and what to do next.

The State Department said Wednesday the U.S. troops will not be withdrawn from Sinai.

“We remain fully committed to our multinational force and observers mission,” said State Department spokesman Mark Toner. “So no change in policy, no change in our force structure.”

But troop safety has U.S. military leaders weighing what to do next.

More than 1,600 international forces occupy outposts in the Sinai, including 700 mostly U.S. Army National Guard troops. But these forces are unable to carry out offensive operations against ISIS-affiliated groups such as Wilayat Sinai since they are bound by an agreement made months after the 1978 Camp David accord, which made peace between Egypt and Israel.

At the Pentagon Wednesday, a senior U.S. military leader said discussions at the “highest levels” were taking place among the U.S., Israeli and Egyptian governments about the future size of the U.S. commitment to Sinai.

In early September, the Pentagon added 75 more troops, as well as additional armored vehicles including four Bradley Fighting Vehicles, after another ISIS attack injured two peacekeepers from Fiji. Their base is typically hit by incoming fire once a day.

As part of the routine harassment attacks, mostly from small arms fire, ISIS-aligned forces sometimes launch mortars without warheads to land inside the camp in order to send a message, one official told Fox News.

“The threat is increasing,” said the official, who asked not to be named because he was not authorized to speak to the media.

The warning signs have been mounting.

In November, a group claiming allegiance to ISIS said it downed the Russian airliner that crashed over Sinai, killing all 224 people on board.

In December, the Middle East Institute's Geoffrey Aronson got the Pentagon's attention when he wrote in an article: "Sinai is ground zero in the ongoing insurgency against the Egyptian government led by ISIS."

Another foreign policy expert said it is unlikely the United States will be able to change its treaty agreements regarding the international force.

“The Israelis and Egyptians do not want them to [pull out], they don't want to appear to be giving into ISIS,” said Paul Salem, of the Washington-based Middle East Institute, in an interview with Fox News. “They're pushing the Americans hard not to … redeploy.”

Then-Defense Secretary Donald Rumsfeld faced pushback when he tried to pull the U.S. troops out over a decade ago. Israel and Egypt have resisted calls for American troops to withdraw, leaving the Pentagon and the White House with a dilemma considering 700 U.S. troops are now positioned in the middle of an increasingly dangerous region.

“Almost everything has changed in the last few years,” Salem said. “Now there's a full-on battle between ISIS and the Egyptian army.”