The president shows off one page of text outlining the border agreement with Mexico.

Mexicans no longer make up the majority of unauthorized immigrants thanks in part to an increase in immigrants from Asia and Central America, according to a new study.

Louisiana, Maryland, Massachusetts, North Dakota, and South Dakota saw the most substantial increases in immigrants during the 2007-2017 period studied.

California, Arizona, New York, Illinois, and Florida each saw declines of more than 100,000 migrants. California saw the largest decline with 775,000 fewer unauthorized immigrants in 2017 compared to 2007.

The majority of unauthorized immigrants, according to Pew, since 2010 came from visa overstays rather than illegal border crossings. While it's unclear how much of the increase came from border crossings, the numbers came as the U.S. faced a "full-blown emergency" at the southern border and record numbers of border apprehensions -- generally considered an indicator of illegal crossings.

Those rising numbers came in part from migrant caravans traveling from Central America but in 2017, the year ending Pew's analysis, the U.S. saw a steep decline in border apprehensions.

That decline was most apparent during the beginning of President Trump's administration which touted the president's tough immigration stances for discouraging illegal border crossings. 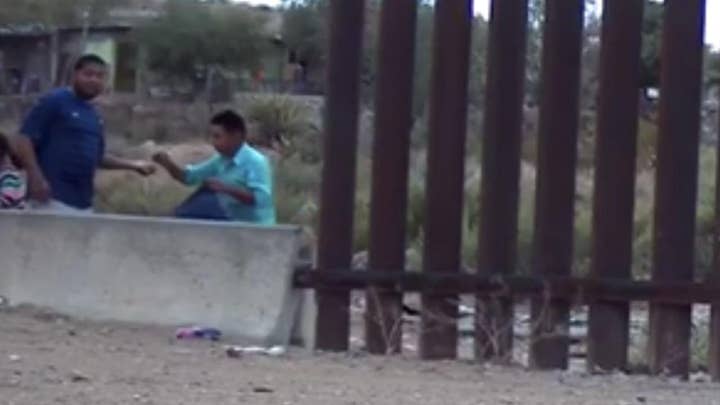 By May 2019, however, the number of border apprehensions reached the highest level in a decade.

AOC GOES OFF ON CENSUS QUESTION, BLASTS KRIS KOBACH: 'HAS A RESUME OF VOTER SUPPRESSION'

Congress and the White House have struggled to reach a compromise on immigration reform but Trump has vowed to build a southern border wall despite lawmakers' objections. Trump, in June, threatened tariffs on Mexico and was able to extract a commitment from the nation to beef up its efforts at controlling migration at the southern border.

The administration, meanwhile, faced criticism over an allegedly-discriminatory Census provision that would ask respondents about their citizenship status. Democrats have complained that the question would help Republicans' electoral prospects while misrepresenting population figures used to determine federal funding.

That battle will likely be decided in the Supreme Court which took up the issue after several lower courts blocked the Trump administration from adding the question.

Researchers arrived at a 22.1 million figure -- roughly double the number cited by others -- by discarding population surveys like the Census and looking instead at things like visa overstays and border apprehensions.