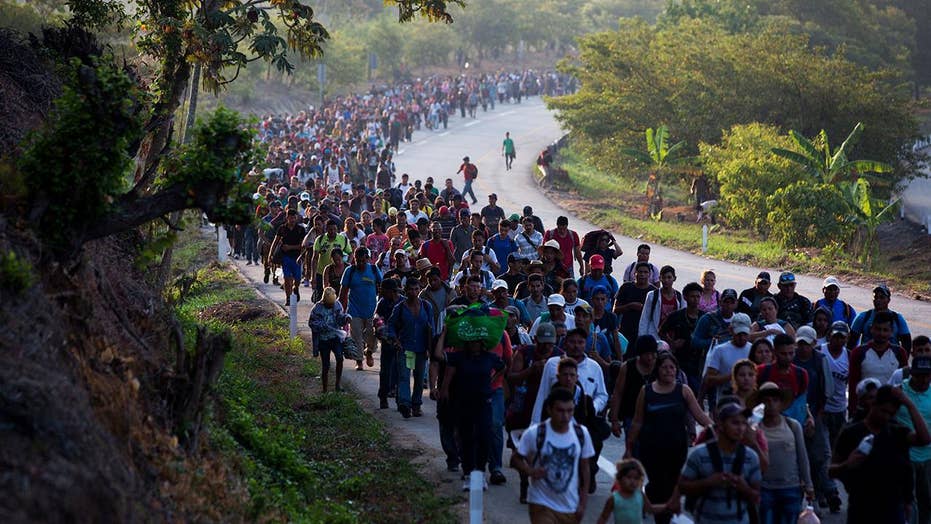 What does Border Patrol need to solve the crisis at the southern border?

U.S. Customs and Border Protection San Diego sector Chief Rodney Scott says his agents do not have the time to do deep dive interviews to detect fraudulent families.

Border apprehensions for 2019 will reach the highest level since 2006 and double the number seen in 2018, suggesting that an already-dire border crisis will continue to worsen amid congressional gridlock on the issue.

"This assumes the April inflection point correctly signals a normal seasonality setting in and that asylum laws in the US remain unchanged for the balance of the year, neither of which may prove true," he said after detailing his estimate for border arrests in an email to Fox News.

Border apprehensions are generally considered an indicator for the number of illegal border crossings, an issue that seemed to expand as waves of Central and South American migrants approached the southern border during President Trump's administration.

At the beginning of Trump's presidency, Homeland Security credited his actions for a historic low in illegal immigration — measured by border apprehensions.

“Since the administration’s implementation of executive orders to enforce immigration laws, apprehensions and inadmissible activity is trending toward the lowest monthly total in at least the last five years," former DHS secretary John Kelly said in March of 2017.

DHS confirmed that downward trend with more data at the end of 2017. But by the end of 2018, the country had confronted so-called migrant caravans bringing thousands of immigrants — including families and children — to the border.

CUSTOMS AND BORDER DEPUTY COMMISSIONER: WE NEED CONGRESS TO ACT

Kevin McAleenan, then-CBP commissioner, revealed in December of 2018 that the influx of migrants reached a new high — 3,029 illegal entries — during just one day at the beginning of the month. He also said the number of family units would double the prior year's record.

On Wednesday, CBP reported "off the charts" figures for the number of migrants apprehended at the border in April. 109,144 people were encountered trying to illegally enter the U.S., up from 103,719 in March and a 160 percent increase over the previous year.

As the agency said on Twitter, Southwest border apprehensions for the on-going fiscal year had already surpassed every fiscal year since 2009.

Kopits' data indicated that the president could have more leverage in pushing Democrats to pass immigration reform before the 2020 election. Both parties struggled to reach a compromise during Trump's administration as the president insisted on funding for the southern border wall he promised during his 2016 campaign.

Prospects for fixing the situation looked bleak as Democrats not only faced disagreement with Republicans but within their own party as well. House Speaker Nancy Pelosi, D-Calif., also indicated that before 2020, she wanted to focus on economic issues before immigration reform.

"If we can give people confidence, end some of their insecurities about their own economic situation, there will be a better atmosphere among some who are opposed to immigration in the country," she said in April.

The president could also face resistance within his own party after putting his son-in-law Jared Kushner, seen as more of a moderate on immigration, in charge of that issue. Kushner reportedly pushed a compromise that would maintain around the same number of legal immigrants while favoring high-skilled immigrants over family-based migration.