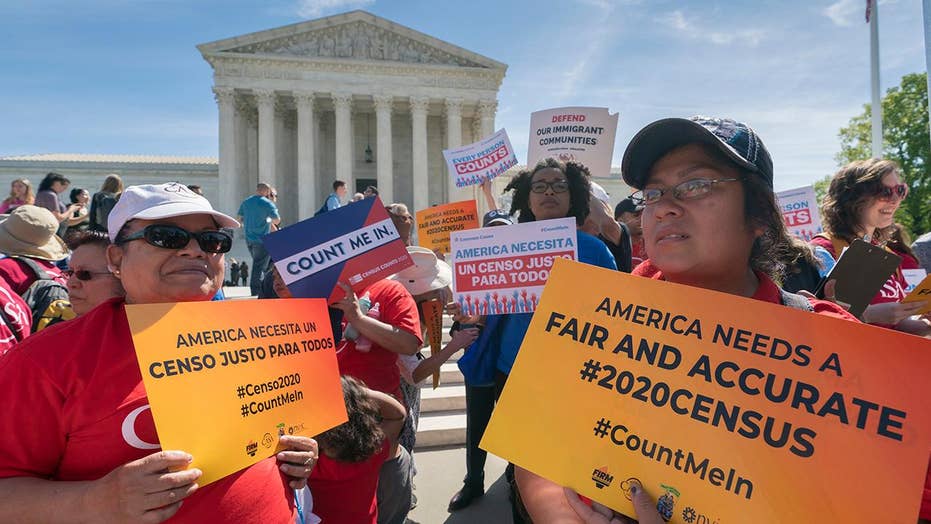 Will the court allow the government to add a question on citizenship to the census? Fox News senior judicial analyst Judge Andrew Napolitano examines the arguments.

Rep. Alexandria Ocasio-Cortez, D-N.Y. on Wednesday defended the Democrats' decision to subpoena documents related to President Trump's proposed census question, blasting the administration's lack of cooperation over a question that she said had a history of "racism."

"What do we get? Stonewalling, obstruction, we're getting a lack of answers!" she said during a  hearing of the House Oversight Committee. Ocasio-Cortez  demanded answers as to why people like former White House advisers Steve Bannon and Kris Kobach had "their fingerprints and political intent all over the United States Census."

JUDGE NAPOLITANO ON CENSUS: 'THE ONLY QUESTION YOU ARE OBLIGED TO ANSWER IS THE TOTAL NUMBER OF PEOPLE WHO LIVE THERE'

Trump's proposed question prompted backlash from Democrats since he proposed it at the beginning of 2018. Asking about citizenship, Democrats have argued, would help Republicans gain political power and skew population estimates needed to direct federal money.

As the decision faced a challenge in court, news surfaced that a now-deceased Republican strategist pushed the question, after stating that it would help Republicans electorally.

"I want to know why this question was magically added," Ocasio-Cortez said on Wednesday, "after we have seen that a political operative knew and detailed an intent to intimidate racial and immigrant communities for a partisan purpose."

She also criticized the administration for appearing to cut short the amount of time needed to vet a Census question -- a process she said usually took five years.

"This is not about whether I want to know who is a citizen in the United States or not," she said. "What I want to know is why this question was added, why two years have been shaved off of that five year process."

When the Commerce Department initially announced the question, it portrayed it a long-time practice that ended in 1950 as well as a way to assist enforcing the Voting Rights Act.

Several federal courts have already blocked the question but it could receive support from the Supreme Court. Conservative justices signaled in April that they might support the administration's decision, staying quiet while left-leaning justices pressed the government on the reasoning behind the question's addition.