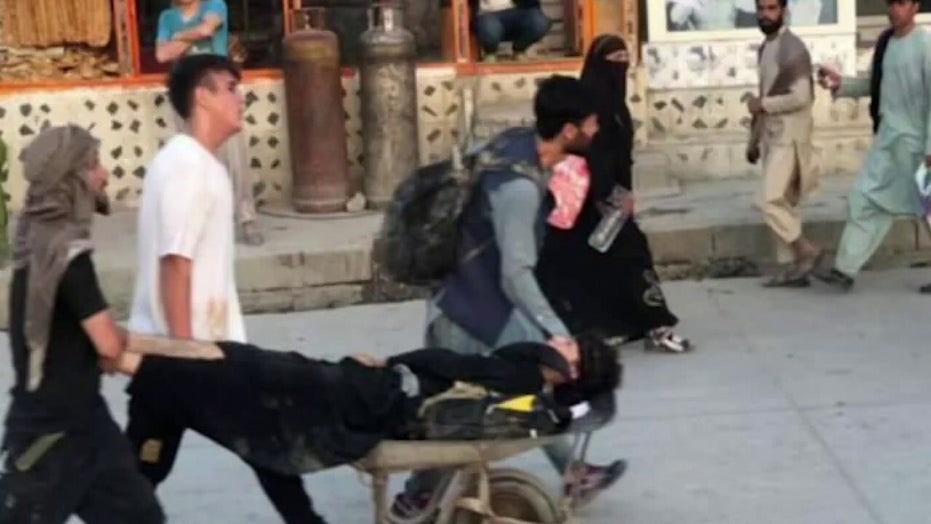 Fox News national security correspondent Jennifer Griffin reports to 'Your World' the latest from the Pentagon.

Amid ongoing evacuation efforts in Afghanistan, and shortly before an explosion left 13 U.S. service members dead and several wounded, Sergeant Major of the Army Michael Grinston highlighted diversity within the U.S. Army for Women’s Equality Day.

"Diversity is a number - do you have people that don’t look or think like you in the room? Inclusion is listening and valuing those people," Grinston wrote in a tweet.

"[Women's Equality Day] reminds us we’re smarter and more lethal when we come together as an inclusive, cohesive team," Grinston added. "Our values demand it."

Grinston, according to his biography on the U.S. Army’s website, serves as the Army chief of staff's "personal adviser on matters affecting the enlisted force," devoting "the majority of his time traveling throughout the Army to observe training and interact with Soldiers and their Families."

Grinston's tweet was met with immense criticism from several social media users who questioned his priorities as the Afghanistan evacuation crisis continues.

"This is what matters: 11 Marines and one Navy Corpsman killed. Americans," Jessie Jane Duff, a U.S. Marine veteran, wrote in a tweet. "I'm positive they didn't look or think like you, Sergeant Major. Every [flag-draped] coffin looks the same. We have an [Afghanistan crisis] and this is your tweet. Shameful."

According to U.S. officials, a suicide bomb attack outside the Abbey Gate at Kabul's airport killed 13 U.S. service members and wounded at least 18 others on Thursday. ISIS-K claimed responsibility for the attack. Officials told Fox News late Thursday that those killed included 10 Marines, two Army soldiers and a Navy corpsman, correcting earlier reports that additional Marines were killed.

Grinston was sworn in as the 16th Sergeant Major of the Army on August 9, 2019, and "has held every enlisted leadership position in artillery, ranging from cannon crewmember to command sergeant major," according to the Army's website.