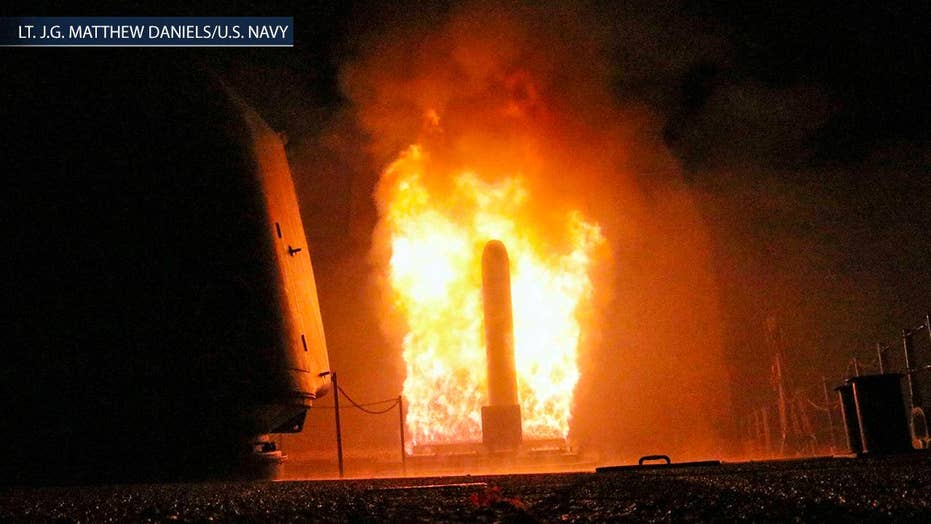 Israel is closely monitoring the events in Syria in the aftermath of the U.S. airstrikes; David Lee Miller reports from Golan Heights, Israel near the Syrian border.

Lawmakers on the Senate Foreign Relations Committee introduced new Authorization for the Use of Military Force legislation to replace current war authorizations from 2001 and 2002 that have not been revised since they were passed.

"There have been a number of efforts over the years to update these authorities, and while there is still work ahead, I am pleased that we have reached an agreement on a product for the committee to consider and that I hope will ultimately strike an appropriate balance of ensuring the administration has the flexibility necessary to win this fight while strengthening the rightful and necessary role of Congress,” Sen. Bob Corker, R-Tenn., the committee's chairman, said in a statement Monday.

"I thank my colleagues for their leadership on this important issue and look forward to a healthy debate and amendment process in our committee next week," he added.

The measure allows the president to use necessary force to combat Al Qaeda, the Taliban, ISIS, and other designated associated forces. However, it does not permit the president to take military action against a nation state.

Additionally, the legislation also requires Congress to review the AUMF every four years. It requires the president to issue a plan to Congress to either repeal, modify, or keep the current AUMF. Should Congress fail to pass a new AUMF, the existing authority will continue.