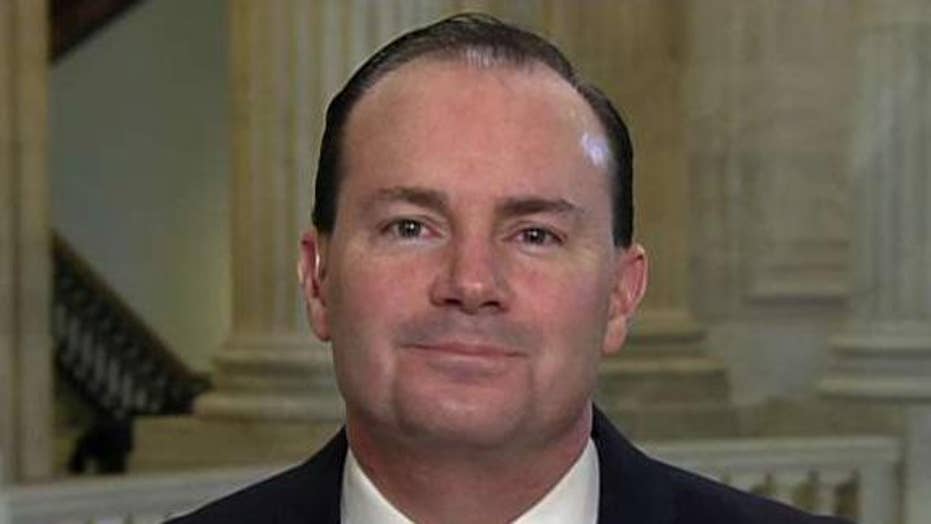 The Republican weighs in on the push for parents to keep more of their money on 'Fox & Friends.'

Senate Republicans are reportedly considering the magic number on how much to cut corporate tax rates while maintaining a viable tax bill that could give President Trump the biggest legislative victory of his presidency.

Trump has said one of his top priorities of his presidency is to cut the corporate tax rate from 35 percent.

The New York Times reported that Sen. Mike Lee, R-Utah, and Sen. Marco Rubio, R-Fla., are planning to amend the bill that would put the corporate tax rate at 22 percent. The extra income would be earmarked for working families and pay for the expanded child tax credit to increase along with inflation, the report said.

Rubio told Fox News’ Laura Ingraham that the child tax credit is designed to help the working class and not hurt the economy.

“There is no difference in growth between 20 and 22,” he told “The Ingraham Angle.”

He said the amendment makes the tax bill more "pro-worker."

The Wall Street Journal reported that each point increase means about $100 billion for the government over 10 years. The extra money could also go to preserving the property–tax deduction, the report said.

“Twenty-two percent doesn’t make this a horrible bill,” Sen. Lindsey Graham, R., S.C., said. “It’s like making a cocktail. If you’ve got to add more of this and less of that, I’m fine. Failure is not an option.”

The Journal warned that going higher than 20 percent has the potential to split the GOP.

The bill still faces hurdles in the Senate, where Republicans have just two votes to spare in their 52-48 edge over Democrats. Raj Shah, a White House spokesman, said Trump “would not support raising the corporate rate as outlined.”

“We do support the child tax credit,” he said. “We also think it’s more important to make businesses more competitive.”

The Senate voted 52-48 Wednesday to start debating the bill, which would provide generous tax cuts to businesses and more modest tax cuts to families and individuals. It was a party-line vote, with all Republicans in favor and all Democrats opposed.

Wednesday’s vote paves the way for the Senate to potentially pass the bill later this week. Lawmakers would then try to reconcile it with a tax package passed by the House.

Sen. Chuck Schumer, D-N.Y., spoke out against the Republican bill.

“To lavish them (corporations) with huge tax breaks and ask the middle class to bear the cost—that’s about as backward as it gets,” Schumer said, according to The Journal.