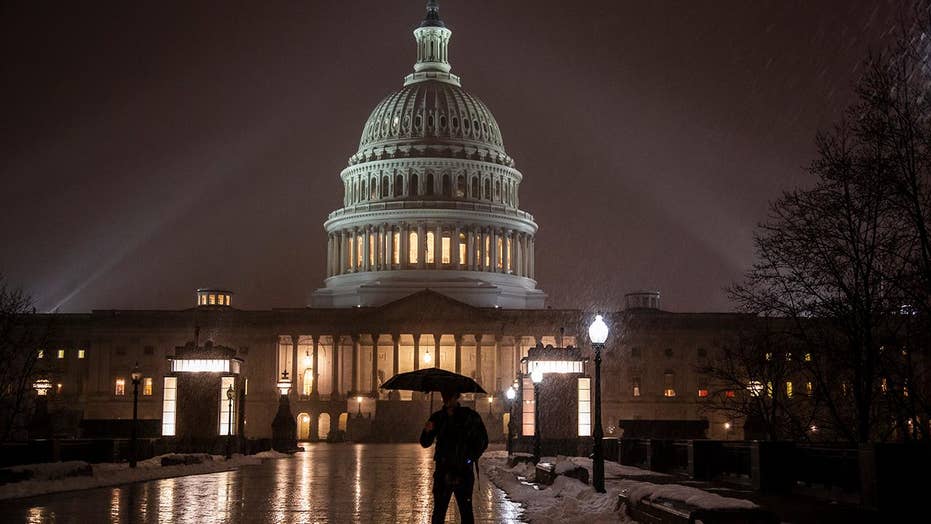 Impact of partial government shutdown on furloughed workers and the economy

The Senate Appropriations Committee on Monday unveiled legislation that would provide $5.7 billion for the construction of a wall along the U.S.-Mexico border and fully fund the federal government through Sept. 30.

The 1,301-page bill is the latest bid for a breakthrough that would end the partial government shutdown that has dragged on for about a month. However, it is doubtful the legislation will reach the usual 60-vote threshold needed for bills to advance in the Senate.

The bill is in line with President Trump's offer, announced over the weekend, to extend temporary protections for three years for immigrants brought to the U.S. illegally as children and those escaping disaster zones -- in exchange for wall funding. Democrats said that the proposal for a three-year extension didn't go nearly far enough, and that Trump was using as leverage programs that he had targeted. Meanwhile, some critics on the right, including conservative commentator Ann Coulter, accused Trump of offering "amnesty."

IN SHUTDOWN FIGHT WITH TRUMP, DEMOCRATS REJECT IMMIGRATION DEAL THEY ONCE SPONSORED

Despite the opposition to Trump's proposal on both sides of the aisle, Senate Majority Leader Mitch McConnell, R-Ky., announced Saturday he would move to bring legislation to the floor "this week." 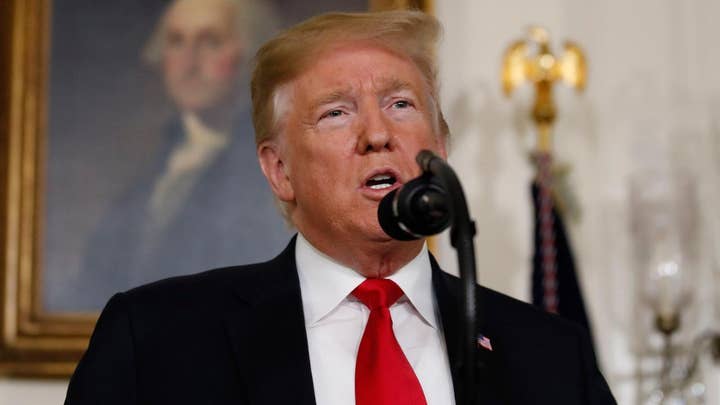 "With bipartisan cooperation, the Senate can send a bill to the House quickly so that they can take action as well," McConnell said. "The situation for furloughed employees isn’t getting any brighter and the crisis at the border isn’t improved by show votes. But the President’s plan is a path toward addressing both issues quickly.”

The Senate bill also provides $12.7 billion in supplemental disaster relief for victims of last year's hurricanes in the southeastern U.S. and wildfires in California, among other events. It also provides funding for nine of the 15 Cabinet-level departments — including Agriculture, Homeland Security, State, Transportation, Interior and Justice — that have not been funded since the partial shutdown began Dec. 22.

Both houses of Congress are scheduled to be back in session Tuesday, but senators — who will be given 24 hours notice ahead of any vote — have yet to be recalled to Washington. House Democrats, for their part, plan to push ahead with votes on their own legislation to re-open the government and add $1 billion for border security — including 75 more immigration judges and infrastructure improvements — but no funding for the wall.

The office of Senate Minority leader Chuck Schumer, D-N.Y., reiterated Monday that Democrats were unwilling to negotiate any border security funding until Trump re-opens the government.

"Nothing has changed with the latest Republican offer," said Schumer spokesman Justin Goodman. "President Trump and Senate Republicans are still saying: 'Support my plan or the government stays shut.' That isn't a compromise or a negotiation — it's simply more hostage taking."

"If Nancy Pelosi thinks that Walls are 'immoral,' why isn't she requesting that we take down all of the existing Walls between the U.S. and Mexico," he wrote Monday. "Let millions of unchecked 'strangers' just flow into the U.S."

Trump later tweeted: "Democrats are kidding themselves (they don't really believe it!) if they say you can stop Crime, Drugs, Human Trafficking and Caravans without a Wall or Steel Barrier. Stop playing games and give America the Security it deserves. A Humanitarian Crisis!"