Democrats once said the so-called BRIDGE Act was urgently needed to protect young immigrants brought to the country illegally as children.

But now that President Trump has offered to essentially include it as part of a compromise to re-open shuttered government agencies, those same Democrats are rejecting it -- unwilling to trade border wall funding for the immigrant protections they have long sought.

“We must move on the Bridge Act quickly to protect DREAMers,” Illinois Democratic Sen. Dick Durbin said back in December 2016.

Durbin, along with South Carolina Republican Sen. Lindsey Graham, unveiled the bill before Trump took office; others who signed on as sponsors included California Democratic Sen. Dianne Feinstein. The president would eventually try to end the Obama-era Deferred Action for Childhood Arrivals (DACA) program that shielded the 700,000 immigrants illegally brought to the United States as children from deportation, leaving the program in legal limbo ever since.

On Saturday, though, Trump announced he was prepared to back a three-year extension of protections for DACA recipients, and extend protections for 300,000 recipients of the Temporary Protected Status (TPS) program -- which protects immigrants from designated countries with conditions that prevent nationals from returning safely. The BRIDGE Act, likewise, included a three-year DACA extension.

But Durbin, like virtually every other congressional Democrat, said he would oppose Trump’s offer considering it's attached to $5.7 billion for a barrier on the southern border with Mexico.

“I cannot support the proposed offer as reported and do not believe it can pass the Senate,” Durbin said, adding he is “ready to sit down at any time after the government is opened and work to resolve all outstanding issues.”

Durbin, speaking to reporters in Illinois over the weekend, argued there are some differences between what the president is proposing and what’s in his version of the BRIDGE Act, saying he wants to extend protections to more people than Trump does.

But Republicans accused Democrats of turning their back on a deal they once supported.

The president, in a televised White House address Saturday, offered Democrats the compromise package in exchange for the $5.7 billion in wall funding -- a request that is at the heart of the deadlock that triggered the longest government shutdown in history.

"Walls are not immoral," he said, adding that a wall "will save many lives and stop drugs from pouring into our country."

While the Democratic leadership in Congress has come out against the compromise, they are facing some pressure to deal. The editorial board of the Washington Post over the weekend called on Democrats to come back to the table. In an editorial titled “Make a deal. Save the dreamers,” the paper argued Trump “should not be rewarded for having taken the government hostage” but said Trump’s offer to compromise “should be welcomed.”

Meanwhile, some in Trump’s conservative base are coming out against the deal -- signaling significant concessions were put forward over the weekend -- with commentator Ann Coulter and others accusing the president of offering “amnesty.” 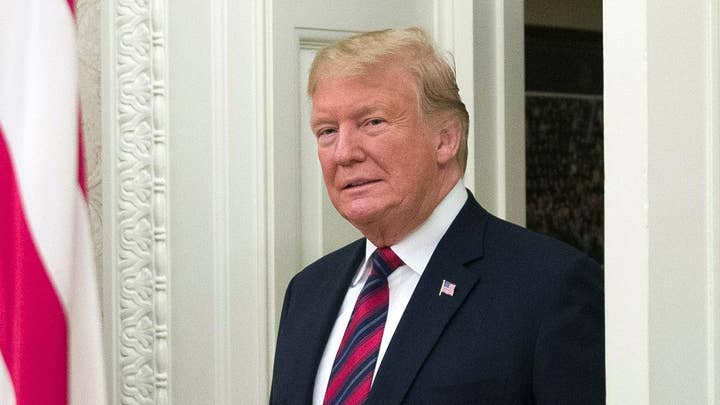 The partial government shutdown has dragged on for a month now and led to hundreds of thousands of federal workers being furloughed or working without pay.

Trump has said he will not sign a bill to open the government unless it includes that wall funding, while Democrats have refused to consider the $5.7 billion figure, instead offering $1.3 billion for general border security.