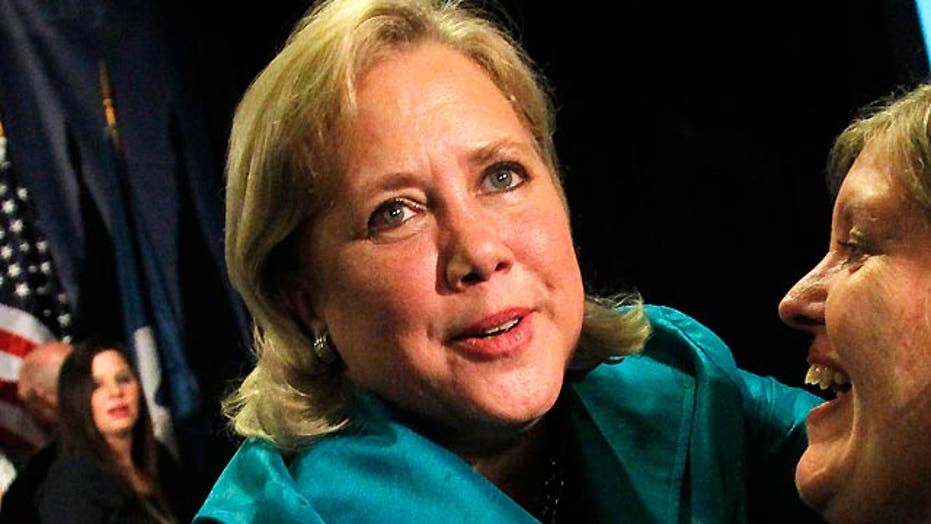 Senate Democrats are considering bringing a measure to approve the long-delayed Keystone XL pipeline to a vote in order to boost Democratic Louisiana Sen. Mary Landrieu ahead of her runoff election next month, aides confirmed to Fox News.

Two Democratic aides confirmed on Tuesday reports in Politico and Bloomberg that Democrats are considering bringing the project to the Senate floor during the lame-duck session in an attempt to help Landrieu, who is facing a tough race against her Republican rival Rep. Bill Cassidy. Landrieu, the chairwoman of the Senate energy committee, has vowed to bring the pipeline to a vote and has frequently touted her support of the project during her campaign.

However, one of the aides cautioned that the vote would hinge on cooperation from Senate Republicans, saying it was “inaccurate” to say that the Democrats would schedule the vote without consent from the GOP.

“Given the fact that Republicans have called for a vote on Keystone dozens and dozens of times, one might expect them to put their votes where their mouths are,” the aide said. “But at the end of the day, it's largely their call.”

The TransCanada-built pipeline, which would cross over an aquifer in Nebraska, has been held up for six years by environmental and diplomatic concerns. President Obama, under pressure from environmental groups, has repeatedly ordered reviews by the State Department.

Even before Tuesday’s elections, the pipeline had support from at least a dozen Senate Democrats and the entire Republican caucus. After Republicans picked up at least seven Senate seats the number of Keystone supporters stood at 61, enough to surmount a filibuster. Obama could still veto the measure, unless the number of senators supporting the project climbs to 67.

Cassidy told Fox News' Megyn Kelly that he found the Democrats' plan to be "incredibly cynical," noting that current Senate Majority Leader Harry Reid has had plenty of chances to bring the pipeline to a vote.

"Instead of bringing jobs for 40,000 people, better jobs, better benefits that would have been construction jobs related to the pipeline he doesn't do it," he said on "The Kelly File." "The only job he is interested in protecting is Sen. Mary Landrieu's."

NOLA.com reported earlier this year that the pipeline is supported by the entire Louisiana congressional delegation, as well as dozens of chambers of commerce in the state. One of those groups, the Louisiana Association of Business and Industry, argued in a March letter in the State Department that the pipeline would be crucial to the region's economy.

"Our members want this pipeline approved so that our local businesses can see new jobs in their region, new customers, new opportunities, and new investment," the group's president Stephen Waguespack said according to NOLA.com.

Landrieu has frequently discussed her support for the pipeline, saying in June the project "is in our national interest."

"Last month, I said that the battle to build the Keystone Pipeline was not over," she said in a press release. "This was the latest skirmish, and, unlike some, I'm not giving up until it is built."

Landrieu is facing a tough battle to keep her job after nearly 20 years in office. A Real Clear Politics average of recent polls has the senator trailing her rival by nearly five points ahead of the election on Dec. 6.