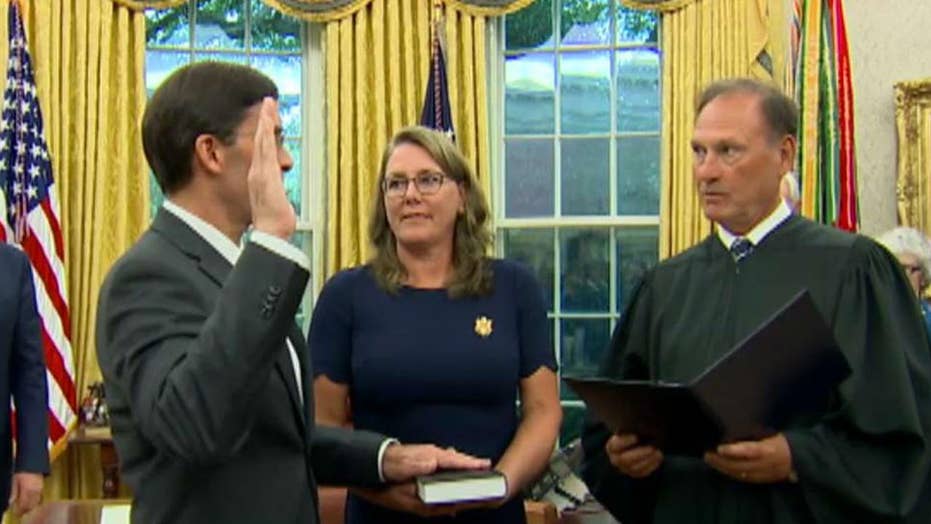 Former Army Secretary Mark Esper is now the new defense secretary, ending the longest period the Pentagon has gone without a confirmed leader in its history.

Esper, who served 10 years on active duty and 11 years in the National Guard and Army Reserve, was Acting Secretary before his nomination, and Patrick Shanahan had been Acting Secretary prior to that.

The Senate had confirmed Esper to the post earlier Tuesday by a vote of 90-8. The no votes included 2020 Democratic presidential candidates Cory Booker, Kirsten Gillibrand, Kamala Harris, Amy Klobuchar and Elizabeth Warren.

Warren and Esper had a tense exchange during a confirmation hearing before the Senate Armed Services Committee, when she challenged his refusal to completely recuse himself from any and all matters related to Raytheon, the defense contractor for which he served as a lobbyist before joining the government. Esper said that ethics personnel told him not to fully recuse himself.

Earlier in the hearing, he said he was "fully committed to living up to my ethics commitments” and would employ a “robust screening process” and “remain in constant contact with our ethics personnel.”

On the day of that hearing, Senate Majority Leader Mitch McConnell, R-Ky., lauded Esper, calling him "a man of honor and integrity, dedicated to our nation and committed to the men and women who serve in uniform."