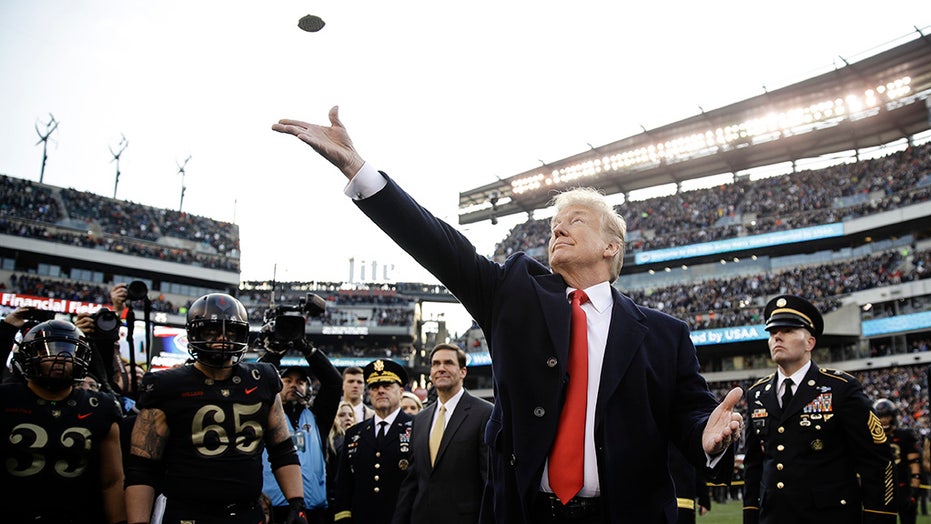 President Trump on Wednesday told Acting Secretary of Defense Mark Esper to come up with a policy that would allow athletes enrolled in military academies to play professional sports upon graduation.

The policy would be a rollback from what the Trump administration enacted in 2017, according to The Hill.

“Highly talented cadets and midshipmen who receive the extraordinary benefits of an education from an Academy or through a ROTC program at taxpayer expense should be able to both take advantage of the short window of time during which playing professional sports is realistically possible, while also honoring the commitment they have made to our Armed Forces and our country,” White House press secretary Sarah Sanders said in a statement.

Trump signed a presidential memo to give Esper 120 days to come up with the policy.

“This will involve consulting with the civilian and uniformed leadership of the Military Departments,” a separate White House statement added.

Trump expressed interest in changing the policy earlier this year when he was awarding the Commander-in-Chief’s Trophy to West Point after they defeated the Naval Academy in last season’s matchup.

Naval Academy pitcher Noah Song stands to benefit from the policy immediately. He was selected by the Boston Red Sox in the fourth round of the MLB Draft earlier this month.

“I hate to speculate on what people are thinking because that’s their job and they know what they’re doing,” Navy coach Paul Kostacopoulos told MLB.com. “But I do think there was some consideration that had to have been taken, considering that he does have a service commitment.”

New England Patriots long snapper Joe Cardona benefited from the policy in 2015, allowing him to turn pro upon graduation. He has won two Super Bowls and was recently promoted by the U.S. Navy from lieutenant junior grade to lieutenant on the 75th anniversary of D-Day.