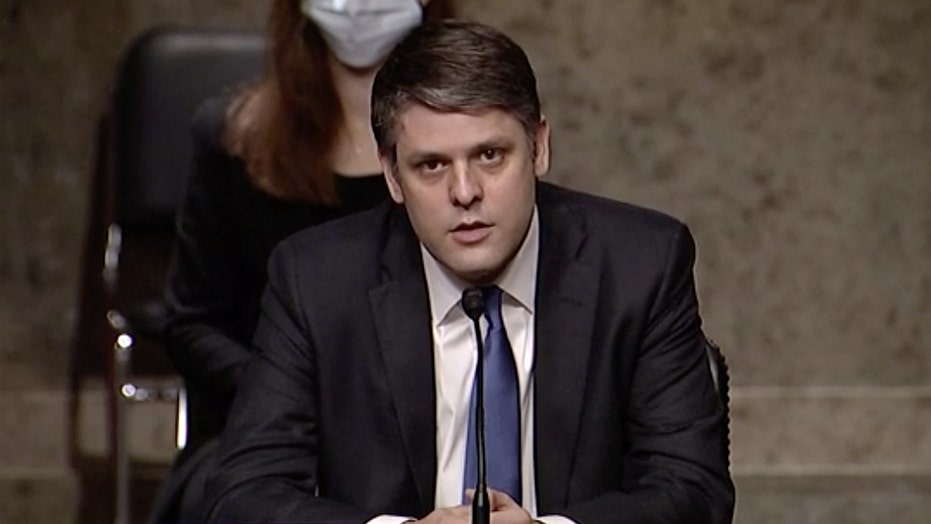 The Senate on Wednesday cleared a key procedural hurdle to advance the nomination of Justin Walker, a former clerk for Supreme Court Justice Brett Kavanaugh, to sit on the second-highest court in the United States -- likely setting up his imminent confirmation.

The motion to invoke cloture on Walker's nomination to the U.S. Court of Appeals for the D.C. Circuit passed 52-46, meaning the nominee is essentially guaranteed to squeak through as the final vote also needs a simple majority. Walker's confirmation is likely this week.

Democrats have vociferously opposed Walker, who was also an intern for Majority Leader Mitch McConnell's Senate office and a law professor at the University of Louisville Louis D. Brandeis School of Law, and is currently a federal district judge in Kentucky.

"Judge Walker is not shy about his overt partisanship. He's openly hostile to the Affordable Care Act even though the Affordable Care Act has provided a critical lifeline to millions of Americans during this pandemic. He's dangerously suggested that the FBI director, whom we provide with a ten-year term to avoid politicization, must think of himself as an agent of the president," the senator said.

Leahy added: "Even his judicial investiture ceremony could have been a lead-in for a Trump campaign rally, where he lamented that his legal principles had not yet prevailed, and feared losing our courts and our country to his critics."

But Republicans have staunchly defended Walker, who received a "Well Qualified" rating from the American Bar Association (ABA) for the opening at the D.C. Circuit.

"Based on interviews and a review of his scholarship and other writings, the Standing Committee believes that Judge Walker possesses a keen intellect, and his writing ability is exemplary," the ABA said of Walker ahead of his Senate Judiciary Committee hearing. "Judge Walker also has significant appellate experience, having clerked for both the D.C. Circuit and the Supreme Court of the United States."

Walker clerked for former Supreme Court Justice Anthony Kennedy, whom Kavanaugh replaced. Walker also gained notoriety as one of the staunchest cable news defenders of Kavanaugh during the justice's nomination process, which was marred by accusations of sexual assault that Kavanaugh denied.

McConnell has previously heaped praise on Walker, who has been called a protegee of the senator.

"Judge Justin Walker, the President’s choice to serve on the U.S. Court of Appeals for the D.C. Circuit, is an outstanding legal scholar and a leading light in a new generation of federal judges," McConnell said in a statement upon Walker's nomination to the D.C. Circuit.

"I am proud that President Trump’s search took him outside the Beltway and into the Bluegrass. He has chosen a rising Kentucky star, born and raised in Louisville, to refresh the second-most-important federal court in the country."

Walker and Wilson are just two more judges in McConnell's march to stack the federal courts with young, conservative nominees while the GOP holds the Senate majority and the presidency. To this point, McConnell has confirmed 198 total Trump Article III judges, including 51 to courts of appeals.