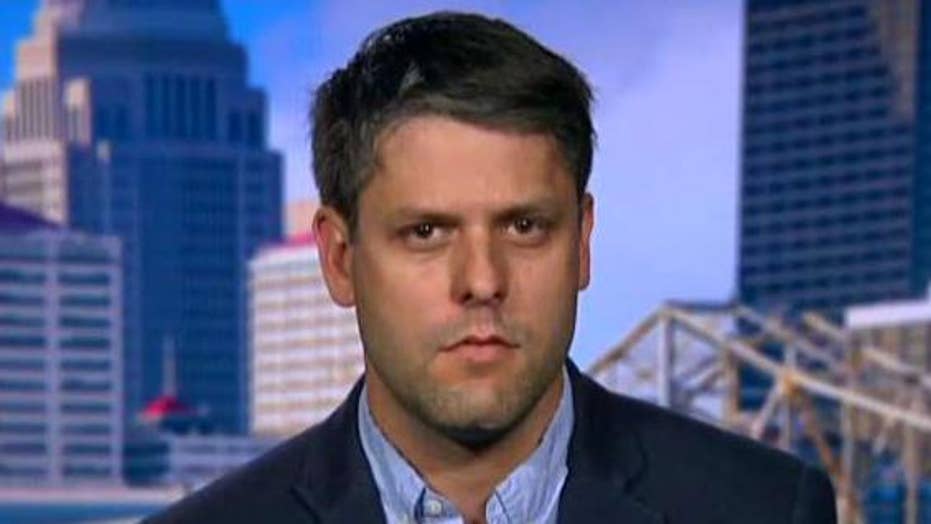 With the Senate back to business in Washington, D.C., this week, the body moved ahead with what Senate Majority Leader Mitch McConnell, R-Ky., said is his top priority -- confirming judges -- this time with the Senate Judiciary Committee holding a tense hearing for a Trump nominee named to a powerful slot on the nation's second-highest court.

The committee Wednesday considered the nomination of Judge Justin Walker to the U.S. Court of Appeals for the District of Columbia, also known as the D.C. Circuit, the first step to confirming the 37-year-old judge after he was nominated early last month.

The hearing, which comes in the middle of the coronavirus pandemic, looked significantly different than what such gatherings have in the past. Just a handful of senators were present in the room at any given time in an effort to maximize social distancing, with some asking questions via videoconferencing. Walker and the senators in the room were spread out on multiple daises.

"That's one of the side effects of the virus, you need glasses," Committee Chairman Sen. Lindsey Graham, R-S.C., said, squinting to see the others in the room as the hearing came to order. "As you can tell, this is a new room set up differently to try to deal with the reality that we face as a nation."

As Graham ceded the floor to Sen. Rand Paul, R-Ky., who was at the rear of the hearing room, he said, "Rand, I think that is you."

It was a stark contrast from the usual setup, with senators squeezed onto the dais and sternly glaring at witnesses who are set up just a few feet away.

But what wasn't different was the staunch resistance from Democrats, who have opposed Trump judicial nominees at unprecedented levels.

Committee Ranking Member Sen. Dianne Feinstein, D-Calif., slammed Walker's lack of experience in her opening statement, as well as his past perceived hostility to the Affordable Care Act (ACA), also known as ObamaCare. She later questioned him on his remarks about the ACA and NFIB v. Sebelius, the high-profile Supreme Court case that controversially upheld the law.

"The Court's opinion in NFIB v. Sebelius is binding on me and I would follow it fully and faithfully," he said. "The second thing is when I wrote that op-ed, I was not a district court judge. I was an academic, and a citizen engaged in matters of public concern, as many judges were before they became judges, and I understand that my role now is different than my role then."

Walker continued, saying he simply criticized the "legal reasoning" of the Supreme Court's majority on the case, not any particular health policy. In a later exchange with Sen. Dick Durbin, D-Ill., Walker refused to say that he would recuse himself from any future case involving the constitutionality of the ACA and said the NFIB v. Sebelius ruling was binding precedent on the D.C. Circuit. Those comments led Durbin to say "it is painful to hear you say you have an open mind on the issue of the Affordable Care Act."

Durbin also said the committee should not be considering judicial nominations, but instead dealing with the coronavirus pandemic, perhaps working on efforts to ensure the safety of the November elections, give personal protective equipment to law enforcement or battle health care scams.

"Instead we're considering the nomination of a 37-year-old family friend of Senator McConnell's to the second-highest court in the land," he said.

Cornyn continued: “I thought our friend Senator Durbin did a good job of making a long list of things that we can do. And we may end up doing. But you’ve got to start somewhere.”

In further questioning, Feinstein pushed Walker on his previous remarks about his friend Kavanaugh, asking, "what did you mean by ‘Brett Kavanaugh’s America?'"

"I am unabashed... in my defense of the rule of law and of the approach to judging which considers text rather than inserting a judge's political opinions as to what the law is," Walker responded.

Conservative court watchers, who have been quick to back Kavanaugh since his controversial confirmation hearings, also jumped in to support Walker.

"Judge Walker laid out his admiration of Justice Kavanaugh for all the right reasons: commitment to originalism and textualism and deciding cases not on his political opinions but based on what the law says. He is refusing to be bullied by those who would use the courts to impose their own policy agendas," Carrie Severino, the president of the Judicial Crisis Network, said.

Sen. Sheldon Whitehouse, D-R.I., also criticized Walker, who is a member of the Federalist Society, for signing a letter that opposed a push from a federal judicial ethics body to ban judges from belonging to the organization on the grounds that it is politically biased. The Federalist Society is an organization for conservative and libertarian lawyers, similar to the American Constitution Society, which is a comparatively small organization for liberal lawyers. The rule would ban judges from belonging to either organization.

Walker defended the letter as correspondence between judges, and complimented the authors of the letter, one of which he said was Sixth Circuit Judge Amul Thapar, a member of Trump’s Supreme Court shortlist.

Mike Davis, the president and founder of the Article III Project, an organization dedicated to boosting Trump’s judicial nominees, slammed the committee that initially made the push to stop judges from belonging to the Federalist Society and the much smaller American Constitution Society.

“Both the Chief Justice of the United States & @senjudiciary must immediately get to the bottom of this entirely inappropriate politicization of the federal judiciary by judges on this out-of-control committee who have turned into political agents,” Davis said.

Outside of members of Congress, several liberal groups that have been staunchly opposed to Trump's judicial picks held a virtual rally to oppose Walker's nomination.

"The GDP just had its biggest drop since the Great Recession, the United States has surpassed 1 million confirmed positive cases of COVID-19, and we still don’t have adequate testing," Schumer said in a statement late last month. "Meanwhile, a top administration official is calling their dismal response to these public health and economic crises 'a great success story' and Senator McConnell is seemingly only interested in confirming more unqualified, right-wing judges and protecting CEOs instead of workers."

He continued: "The American people are demanding answers and solutions — Senator McConnell ought to focus the Senate’s work on the crises caused by COVID-19, not right-wing judges or fulfilling his 'pre-existing partisan wish-list' of protecting big business from any harm done to the American people."

McConnell, for his part, said on the Hugh Hewitt show last month that he would not let the pandemic shut down the Senate's judicial conveyer belt as it has shut down much of the American economy.

My motto for the year is 'leave no vacancy behind,'" McConnell said, reprising a phrase he said was his motto last year, too. "That hasn’t changed. The pandemic will not prevent us from achieving that goal."

Walker currently sits on the U.S. District Court for the Western District of Kentucky after a contentious confirmation last year. He previously was a part-time law professor at the University of Louisville, worked for the Javelin literary agency, was a speechwriter for former Defense Secretary Donald Rumsfeld and held an internship in McConnell's Senate office in the early 2000s.

As far as his judicial experience, Walker clerked for Supreme Court Justice Brett Kavanaugh when he sat on the D.C. Circuit -- the bench Walker is nominated for -- and for Justice Anthony Kennedy, whose Supreme Court seat Kavanaugh filled after the justice's retirement. He was also a part of Gibson Dunn & Crutcher, LLP, a law firm that handles appellate cases like the ones Walker would oversee if confirmed to the D.C. Circuit. 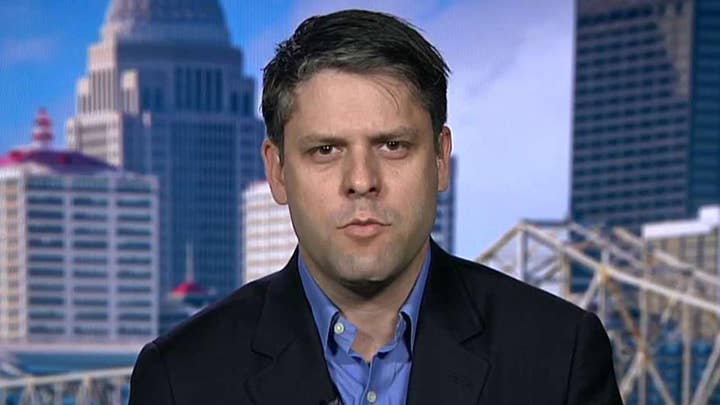 One major point of contention on Walker's nomination has been the fact that when he was up for his current position as a district judge last year, the American Bar Association, which is typically considered the most reputable judicial group in the U.S., rated him as "Not Qualified," citing his lack of trial court experience. Democrats used it as a cudgel against his nomination and supporters of Walker's criticized the ABA for a perceived liberal bias.

The previous "Not Qualified" rating was brought up in Wednesday's hearing, but Walker has long worked in appellate law and has since gotten experience on the federal bench. This time around, the ABA rated him "Well Qualified," extolling Walker's clerkships for Kavanaugh and Kennedy, as well as his legal talent.

"Based on interviews and a review of his scholarship and other writings, the Standing Committee believes that Judge Walker possesses a keen intellect, and his writing ability is exemplary," the organization said in a Tuesday letter. "Judge Walker also has significant appellate experience, having clerked for both the D.C. Circuit and the Supreme Court of the United States."