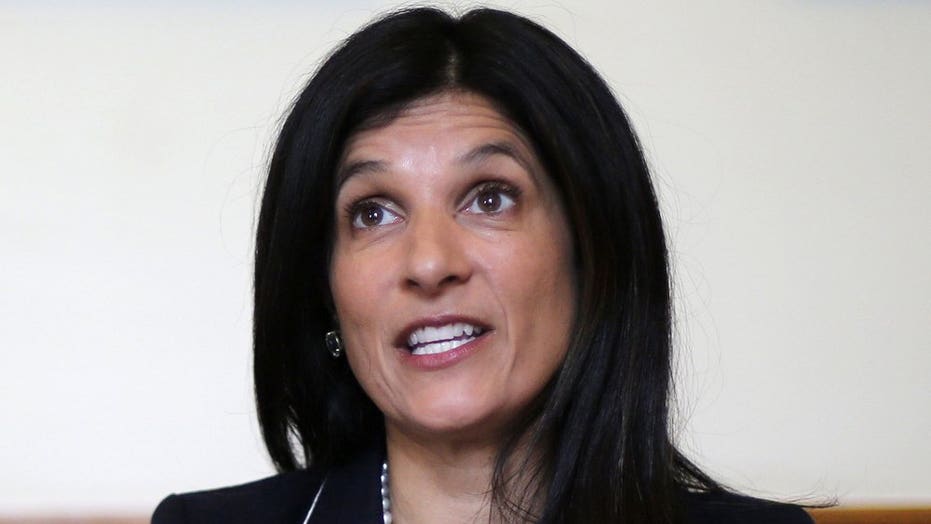 The Maine Republican Party is calling for a probe into Democratic U.S. Senate candidate Sara Gideon over alleged campaign finance violations to which she has admitted.

Gideon, the Democratic speaker of the Maine House of Representatives, is the party establishment's choice to take on Republican Sen. Susan Collins in 2020 but her bid has already been dogged with accusations of impropriety.

The Democrat allegedly violated election law by using a corporate-funded state political action committee to reimburse her own political contributions to federal candidates, according to the Washington Free Beacon.

Gideon allegedly did so on at least four occasions in 2015 and 2016 as federal law prohibits individuals from making individual contributions in the name of another person or entity.

“She's blaming incorrect guidance and all these other things, but she's been running for office since 2012 and she has negotiated and worked on campaign finance bills even at the state level," Maine Republican Party Executive Director Jason Savage told Maine Business Daily.

He added: “I don't know who the proper investigative authority is, but she won't even release the alleged guidance she received to show what happened. Somebody needs to get to the bottom of this.”

“She's blaming incorrect guidance and all these other things ... but she won't even release the alleged guidance she received to show what happened. Somebody needs to get to the bottom of this.”

As noted by the Washington Free Beacon, the Gideon Leadership PAC paid Gideon $1,000 one month after she contributed the same amount to Democratic congressional candidate Emily Cain, describing the transaction as “reimbursement for federal contribution.”

Gideon later said the mistake was out of ignorance and due to “incorrect guidance on how to process” political contributions.

U.S. Sen. Susan Collins, R-Maine, is seen at the Capitol in Washington, March 14, 2019. Maine's Democrat Speaker of the House, Sara Gideon, announced June 24 that she plans to challenge Collins in the 2020 election. (Associated Press)

The allegations were weaponized by insurgent Democrats who oppose Gideon, with Betsy Sweet, a candidate endorsed by Justice Democrats, a group closely associated with Rep. Alexandria Ocasio-Cortez.

“It just shows how deep and wide the problem of corporate money influencing our democracy and our politicians is,” Sweet said, according to the outlet. “I will never be influenced by corporate PAC money, because I have never taken it and I never will.”

She added: “For me, getting money out of politics isn't just a campaign slogan driven by the latest polling information.”