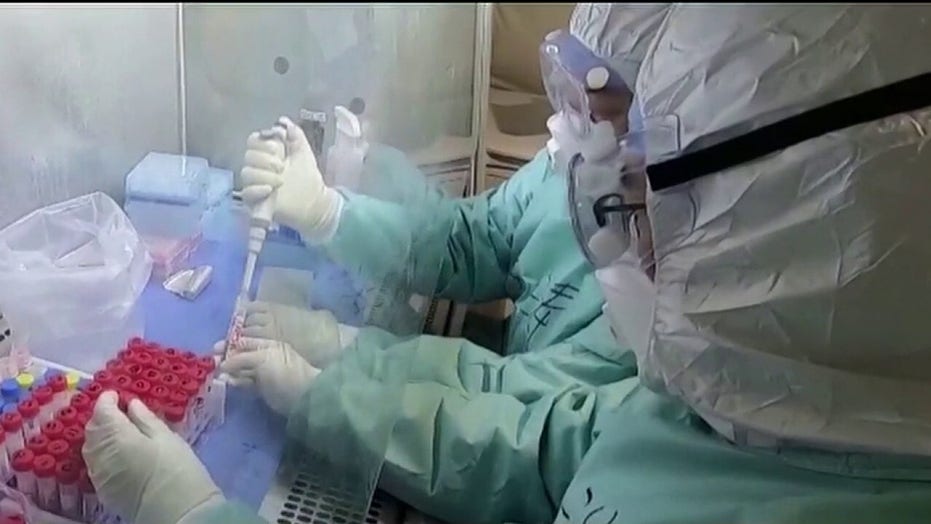 The bill will require a national security evaluation and clearance by the Department of Homeland Security (DHS), the State Department, and the Federal Bureau of Investigation (FBI) for all Chinese student visa holders who are taking part in any activities related to coronavirus vaccine research.

In a statement about the bill, Scott said, “Communist China is responsible for the Coronavirus pandemic, and their lies and misinformation cost American lives. We cannot let Communist China off the hook for this, and we absolutely cannot allow Communist China to steal or sabotage any American research efforts related to the Coronavirus vaccine. The COVID-19 Vaccine Protection Act protects American efforts to create a vaccine as we work to end this pandemic.”

Blackburn said China's government had stolen U.S. intellectual property in the past and will likely sit back and wait for the researchers to make progress on the vaccine, before capitalizing on their efforts to infiltrate U.S. infrastructure.

Cotton went so far as to suggest that Chinese agents may attempt to sabotage American efforts to find a vaccination for COVID-19, adding that these nefarious actions are par for the when it comes to dealing with Beijing.

“The Chinese Communist Party wants to steal or sabotage the vaccine for the pandemic it caused," he said. "The federal government ought to investigate Chinese nationals taking part in vaccine research to prevent this spying, which follows the same playbook Beijing uses to steal our research in other fields of study.”

In addition to the requirements listed above, the bill will also require the DHS, in consultation with the State Department, Justice Department (DOJ), FBI, Department of Health and Human Services (HHS) and several other agencies, to complete an enhanced vetting process of Chinese nationals who are currently in the U.S. as nonimmigrants under F, J, or M student visas, so they can determine if any of them pose a threat to America's national security.

After the review, the bill authorizes the DHS secretary to liaise with the agencies previously listed, to continue to monitor all nonimmigrant student visa holders (F, M, and J) who are nationals of the People's Republic of China, while they are in the U.S. "and are engaged in, or have access to, the research of any potential COVID–19 vaccine or COVID–19 related material."

There is also a requirement that there be a briefing to Congress on the results of the review.

This isn't the first time Scott has led the U.S. charge against China. In an exclusive interview with Fox News earlier this month, Scott pledged to hold the Chinse government and the World Health Organization (WHO) accountable for their role in the current pandemic.

He added, "The Communist Party runs the country. They make all these decisions and they're anti-American, they want world domination. They're not a competitor, they are an adversary now."

An article posted on the Global Times, which is a branch of the Communist Party of China's (CPC's) People's Daily, said the nation is "extremely dissatisfied with the abuse of litigation" by U.S. leadership, "and is considering punitive countermeasures against U.S. individuals, entities and state officials."

The story then credited sources as saying: "Republicans who have been groundlessly accusing China and inflaming the 'holding China accountable' political farce will face severe consequences."

Hawley responded to the threats on Twitter, saying, "I'm not backing down."