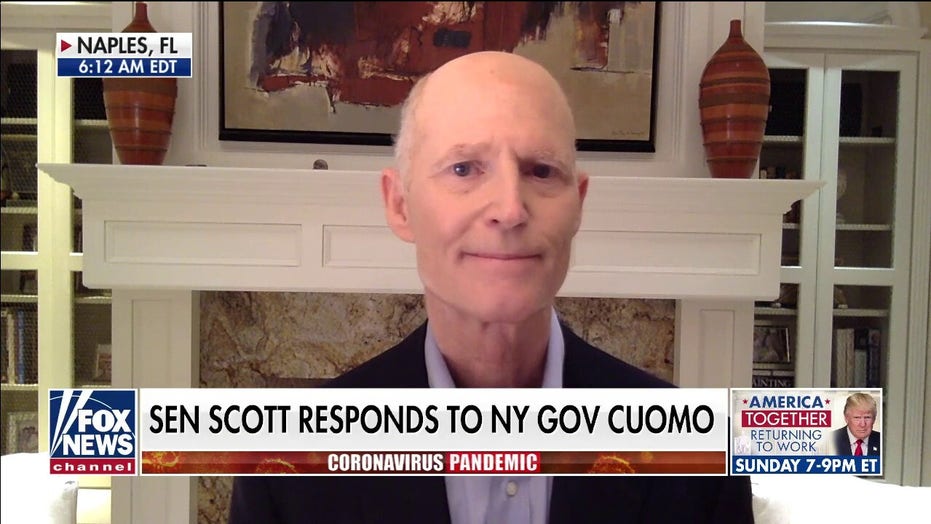 Rick Scott hits back at Gov. Cuomo's comments on bailouts

During an exclusive interview with Fox News on Wednesday, Sen. Rick Scott, R-Fla., promised to discover the truth behind the origins of the novel coronavirus and to hold China and the World Health Organization (WHO) accountable for their mishandling of the outbreak.

Scott, who serves on the Senate's Homeland Security Committee, discussed the congressional probe he will be leading and pledged to come up with answers that will help guide governmental decisionmaking long into the future.

"We have failed to call out China for who they are -- call out these international organizations for who they are, and you see Democrats out there trying to defend the WHO. It's the craziest thing in the world," he said. "This is a group that said there was no local transmission when they knew there was. So we're doing an investigation. I'm on the Homeland Security Committee, so I'm going to lead the investigation of the WHO. We're going to find out what was their pandemic plan, did they follow the pandemic plan, and when did they get different information from what they put out."

The WHO has been criticized for being an apologist for the Chinese government during the pandemic and faced backlash over a January tweet that cited China officials who claimed there was no evidence of human-to-human transmission of COVID-19.

Scott claimed the agency is in China's pocket and said the U.S. has failed to put adequate pressure on its leaders. He then pledged to discover if the virus was created in a lab, how it spread, and which key players are responsible for the hundreds of thousands of deaths that have occurred around the world.

"[The WHO] does not have our interests at heart. They're just a parrot for the Chinese Communist Party," he said. "And it doesn't appear that anything we're doing has had any impact on the WHO yet. They haven't changed anything. I don't think Tedros [Adhanom Ghebreyesus] feels any pressure.

"From what I understand as I've been learning more about the WHO, they clearly had technical information that they did not put out publicly," Scott added. "We'll figure out whether the virus was created, whether it was released. Over time we will figure that out. But the reality is, whether it came out of the wet market or whether it came out of the lab, the worst thing is they intentionally did not tell the world and look at what's happened." 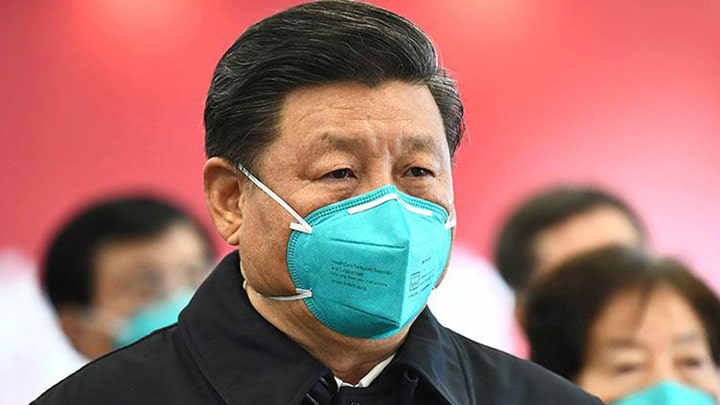 China has faced condemnation in recent months for expelling journalists from the country in an effort to limit fact-finding. It has also been accused of interfering with those who attempted to sound the alarm about COVID-19's potency in a leaked dossier compiled by the so-called "Five Eyes" intelligence alliance.

The dossier states China intentionally hid or destroyed evidence of the outbreak to obfuscate its origin, denied international organizations access to live samples for a vaccine, and censored media reports to keep the crisis quite.

"We know the Chinese numbers don't appear to be accurate at all," Scott told Fox News. "We have to remember -- every time I talk about China I say, remember it's Communist China, run by the Communist Party of China. Don't ever forget who they are. You may have friends that live in Communist China but they aren't the ones running the country. The Communist Party runs the country. They make all these decisions and they're anti-American, they want world domination. They're not a competitor, they are an adversary now."

As for holding China accountable for its role in the pandemic, Scott said the biggest way Americans can hit back is by refusing to engage in commerce with the Communist regime.

"So I think the biggest thing we can do is make sure Americans stop buying their products. And it's a twofer because then we help build our own economy up again by bringing manufacturing back here."

The former Florida governor plans to introduce legislation that will increase the transparency of online sellers by making them reveal the origin of their products, and help lessen the U.S. economy's dependence on China for its stockpile.

"Last year I did a bill that I'm optimistic will get passed. It's called the PRIME Act," Scott said. "Which says that if you're an online reseller then you've got to disclose where things are made. I think that would be really interesting to consumers because they're very fed up with Communist China. On top of that, I've got a bill that says we're not going to ever depend on China again for our stockpile. We're going to have an American-made stockpile and the ability to ramp up American-made products for the next pandemic. I think I have a good shot at getting both of those passed."

He has also been in contact with ambassadors from around the world about COVID-19, to help countries get on the same page with regard to who is at fault and to determine how the world should proceed from here.

"It's [China's] fault that all these people died. They tried to give people a few masks -- things like that and said, 'Oh we're good people.' Well, their government is not [good]," Scott added. "Their government intentionally killed a lot of people around the world with their lack of transparency. They'll try to act like the good guy. They'll hand out ventilators whether they work or not, maybe some masks. But here's the positive -- One thing I'm trying to do is make sure every country is saying the same thing.

"Let's get the facts on the WHO," he continued. "Let's get the facts on where this was created. Then we can make good decisions. So I've been talking to ambassadors all over the world to say, what can I do to make sure your government does the same thing. And I'm not telling them they should come to a conclusion right now. I'm saying, get the facts and then use the facts to make a decision about how you protect your country and how you help us protect the world."