Sen. Rand Paul, R-Ky., was awarded more than $580,000 in damages on Wednesday after he was violently attacked by his neighbor in November 2017. (REUTERS/Joshua Roberts)

Sen. Rand Paul was awarded over $580,000 in damages by a Kentucky jury on Wednesday after he was attacked by his neighbor in the fall of 2017.

SEN. RAND PAUL TO UNDERGO HERNIA SURGERY IN CANADA AFTER ATTACK BY NEIGHBOR

The lawmaker was violently attacked by his neighbor, Rene Boucher, in November 2017 while he was mowing his lawn. Paul was tackled from behind and suffered six broken ribs, including three displaced fractures. His recovery was complicated by fluid and blood around the lungs and recurrent pneumonia.

Boucher pleaded guilty in March to a federal charge of assaulting a member of Congress and had asked for probation.

He was sentenced in June to 30 days in federal prison for the assault. He was also ordered to one year of supervised release, a $10,000 fine, 100 hours of community service, and ordered to have no contact with Paul's family.

Paul at the time said he thought Boucher should've faced a longer sentence for the attack, which kept Paul off Capitol Hill for nearly two weeks.

Shortly after the attack, Boucher's attorney claimed the clash had "absolutely nothing to do" with politics, and was a dispute over something "trivial."

Boucher, a retired anesthesiologist, said the attack was sparked because he was agitated about piles of brush on Paul's property. Boucher also claimed Paul used his lawnmower — on the same day as the attack — and blew some leaves onto his property, igniting his outrage. 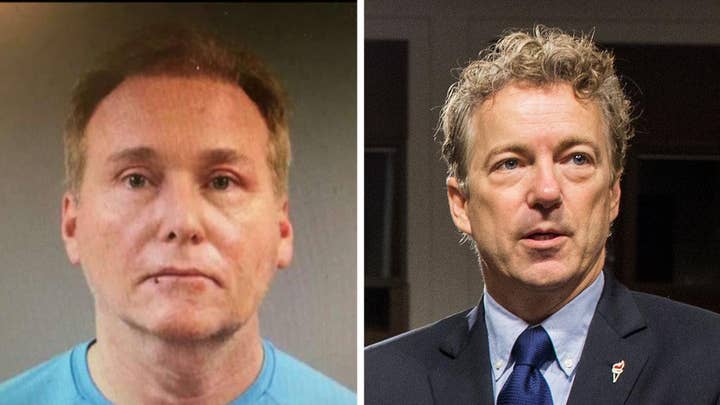 But the senator's office disputed that version of events.

“There was no ‘longstanding dispute.’ This description is untrue,” a spokesman for Paul told Fox News in 2018. “It is impossible to have a dispute when no words of disagreement were ever spoken — neither immediately nor at any other time before the attack occurred.”

Paul on Wednesday said he hopes the jury's verdict on Wednesday will send a "clear message that violence is not the answer." Boucher's lawyer said they will appeal.