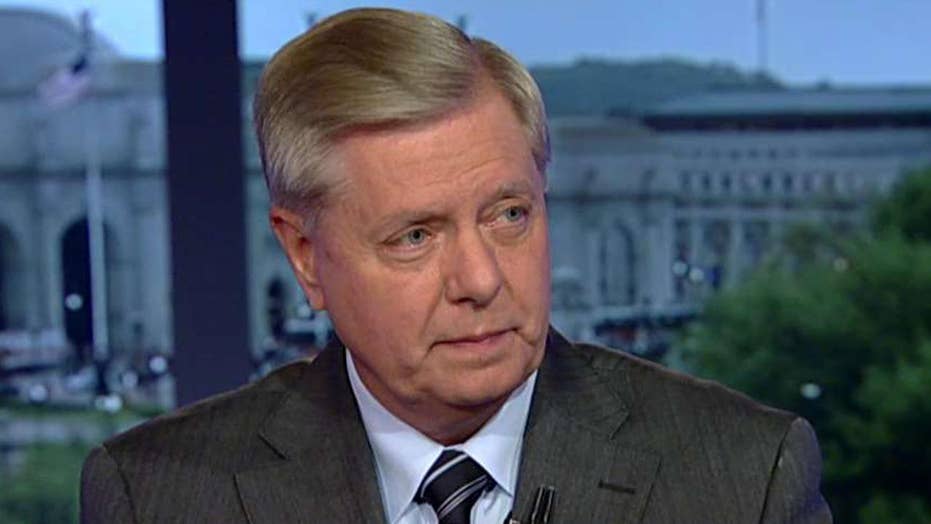 Sen. Graham to Trump: Help us help you

"I have seen no evidence of collusion between President Trump and the Russians, and I’ve looked really close," Graham said. "But the reason we have a special counsel is [Trump] suggested through an interview with NBC that the reason he fired [FBI Director James] Comey was because [of] the Russian investigation."

TRUMP SAYS HE WAS GOING TO FIRE COMEY 'REGARDLESS OF RECOMMENDATION

"So, I would just say this, Mr. President, your words matter now," added Graham, addressing Trump rhetorically. "You’re no longer a candidate for office. You’re the President of the United States, and a lot of us want to help you. Help us help you."

Graham also addressed reports of increased friction between Trump and Attorney General Jeff Sessions stemming from Sessions' decision to recuse himself from overseeing the FBI's investigation into alleged ties between Russia and the Trump campaign.

"Jeff Sessions is a good man, Mr. President," Graham said. "He had to recuse himself. I know you’re not a lawyer. There was no way Jeff Sessions could continue to preside over this investigation, given the role he played in the campaign."

"He is a good man, and you need to listen to your lawyers, Mr. President," Graham went on. "Don’t get in the way of an investigation that can actually clear you."