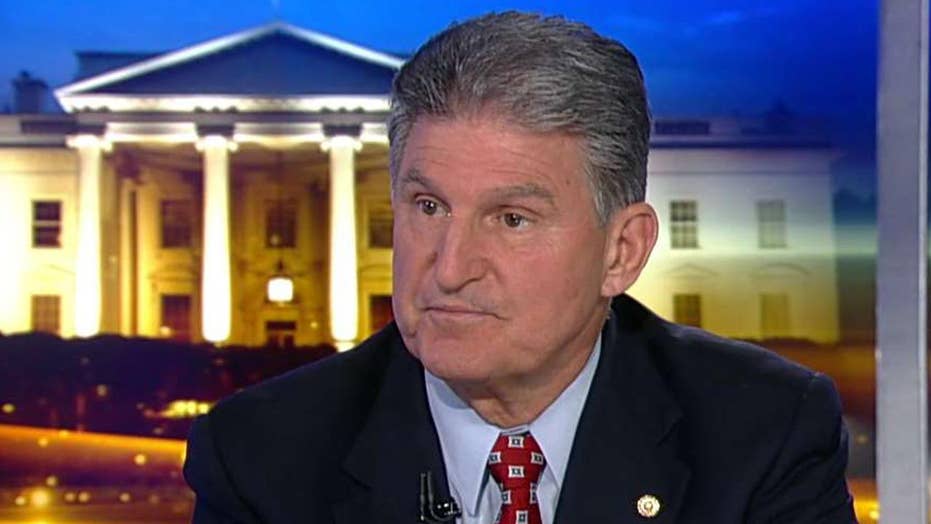 Dem Sen. Joe Manchin on the Russia-Trump controversy, how it has brought the government to a standstill and possible tremedies

"I have been out to visit all of our intel sites and met with all of our intel people," Manchin told host Tucker Carlson. "They’re the best in the world. They need to have some type of a correlation, a relationship, a dialogue. The president needs to patch this up."

Manchin, a Democrat who represents a state Trump won by 42 percentage points this past November, told Carlson that Trump's reported disclosure of intelligence about an ISIS plot "could put an awful lot of people in harm's way."

"I’m on the [Senate] intelligence committee," Manchin said. "We’re not supposed to talk about things. If we do, we’ll get thrown off the committee. If it’s serious enough, what we reveal, there can be further charges ... The president operates under a different set of rules than we do.

The senator called for a special prosecutor to investigate possible ties between the Trump campaign and Moscow after last week's firing of FBI Director James Comey, but added that it was "foolish not to think we shouldn’t try to build a relationship with [Russia]."

"Russia is the only country that can do imminent harm to the United States of America," Manchin said. "Russia has the ability, with their missile might and their nuclear weapons, to do harm. So, you have to have that rapport. You have to be able to have some type of communications."