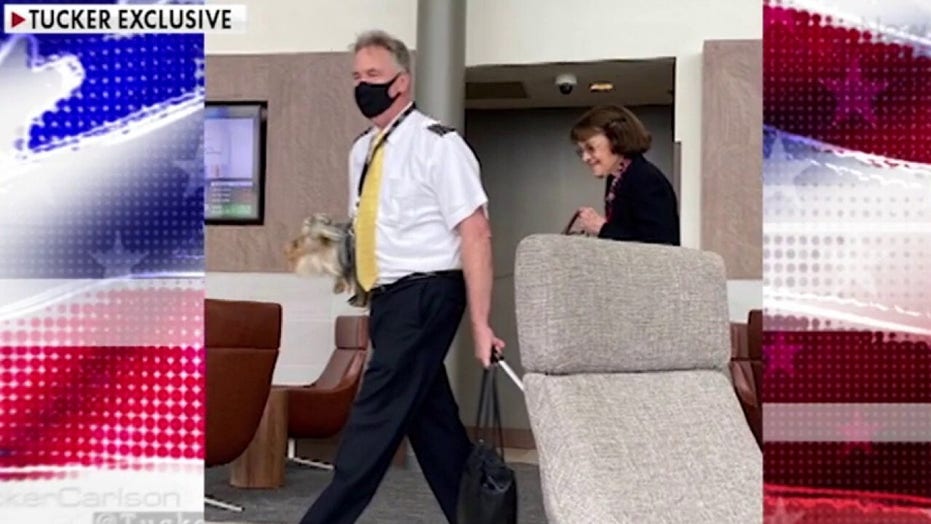 Sen. Dianne Feinstein, D-Calif., led a group of Democrats to formally call for a delay in the confirmation of Supreme Court nominee Amy Coney Barrett until after the presidential inauguration, saying the process is too rushed to properly vet President Trump's pick.

Feinstein, the top Democrat on the Judiciary Committee, wrote Wednesday to Sen. Lindsey Graham, R-S.C., the chairman of the committee, to challenge the Oct. 12 date he set for Barrett's confirmation hearing.

“The timeline for consideration of Judge Barrett’s nomination is incompatible with the Senate’s constitutional role," Feinstein wrote. "We again urge you to delay consideration of this nomination until after the presidential inauguration. The Senate and the American public deserve a deliberative, thorough process, and this falls far short.”

Graham and Senate Republicans believe Barrett is supremely qualified and there's enough time to vet her, especially since she recently went through the rigorous process when she was confirmed in 2017 to become a judge on the 7th Circuit Court of Appeals.

"The question for the country is, is [Judge Barrett] ready to be promoted? I think the answer is yes," Graham said this week. "I think she’s done everything anybody could hope a nominee for the Supreme Court would do in their life.”

“I think [Judge Barrett] is one of the most qualified people to ever be nominated to the Supreme Court," he added.

Barrett already turned in her 65-page questionnaire to the committee on her professional and legal history. She also turned in hundreds and hundreds of pages of her writings and legal opinions for the senators to review before questioning her on the Oct. 13 hearing.

Democrats are already crying hypocrisy about the Senate GOP pushing through Trump's pick just weeks before the presidential election when the GOP held up President Obama's nominee of Merrick Garland eight months before the 2016 election under the argument that the American people must weigh in.

Now Democrats say there is not enough time to properly review Barrett's record.

"This timeline is a sharp departure from past practice," Feinstein wrote. "Even more, it undercuts the Senate’s ability to fulfill its advice and consent role and deprives the American people of a meaningful opportunity to gauge the nominee and her record for themselves."

FEMALE REPUBLICAN SENATORS LAUD SUPREME COURT NOMINEE AMY CONEY BARRETT: 'THIS IS WHAT A MOM CAN DO'

Meanwhile, Barrett is on Capitol Hill Thursday for the third day of meetings with senators. GOP women have been rallying around Barrett and lauded her long list of accomplishments at a news event Wednesday.

"Folks, this is what a mom can do," said Sen. Joni Ernst, R-Iowa, marveling at Barrett's record while raising seven children.

But Feinstein said Barrett represents a threat to Americans' health care as the Supreme Court is scheduled to hear a challenge to President Obama's Affordable Care Act on Nov. 10.

"It’s clear that Judge Barrett will deliver on the president’s promises [to overturn the ObamaCare] if confirmed to the Supreme Court, in no small part because Judge Barrett has specifically criticized the court’s opinion upholding the Affordable Care Act," Feinstein said Thursday.

She said it's "unsurprising" that Graham's Judiciary Committee "is dispensing with past practice and rushing a nominee through at breakneck speed."