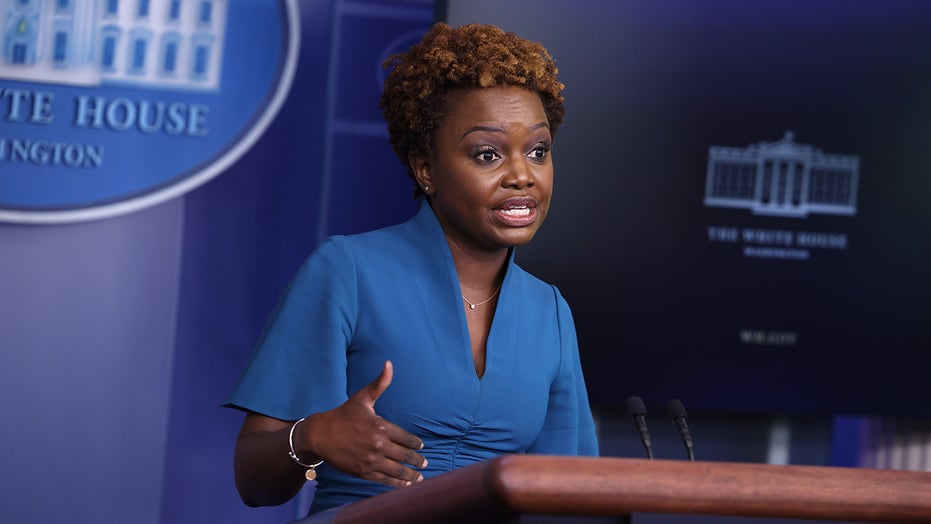 The memo, exclusively obtained by Fox News from a GOP source, provides "key takeaways" from Birx’s recent committee testimony to Congress on Oct. 12 and Oct. 13 and gives fresh insight into the origins of the virus as well as the U.S. government’s pandemic response.

"President Biden and Democrats have politicized Covid from the start and refused to acknowledge its origins from China," Scalise told Fox News in a statement. "Republicans have been sounding the alarm on these issues for well over year, and Dr. Birx’s closed-door testimony confirms that the world was misled."

NIH DIRECTOR SAYS COVID ORIGINS CONTROVERSY HAS ‘NOTHING’ TO DO WITH RESIGNATION: ‘TIME FOR A NEW VISION’

"Perhaps most disturbingly, she acknowledged that the Biden Administration in many cases has contributed to vaccine hesitancy and could be doing more to work with governors to prevent deaths," the number two House Republican continued. "The Biden Administration must be held accountable for their mismanagement of this pandemic."

The memo highlights several of Birx’s testimonial revelations, including that there were preventable deaths and that "neither the federal government or state and local governments are doing everything that they could at this moment."

Notably, Birx’s testimony confirmed to the committee that the Wuhan Institute of Virology was engaging in American taxpayer-supported controversial gain-of-function research.

It has been revealed recently that the National Institute of Health (NIH) gave taxpayer money to fund the Wuhan Institute of Virology, which is known for its bat coronavirus research and so-called "gain of function" methods, which involves manipulating viruses to make them more infectious for research.

Additionally, Birx reportedly criticized the administration’s strategy of blaming the unvaccinated for the continuing pandemic.

"We should not be stigmatizing and further putting people in a box that implies that they somehow don’t have - - that they’re somehow not processing the information…," she continued. "We never alienate and further alienate individuals in communities by stigmatizing them for being in one position or another."

Birx also emphasized the importance of working with state leaders, including governors during a health crisis.

She told the committee that if someone is "sitting in Washington [D.C.] and you’re not talking to the states but once a week on a governors’ call and you don’t have people representing you in those states and talking to those governors, then that’s on [the administration]."

Birx also took aim at China’s role in suppressing information on the virus to the World Health Organization (WHO) at the onset of the pandemic, saying she believes "that there had to be evidence of human-to-human transmission weeks before the WHO or the world was notified" and that China "misled" the world on the virus.

The doctor also said she believed that China was giving false information to the WHO on the virus, resulting in a delay of two weeks before worldwide confirmation of human-to-human transmission of COVID-19.

Fauci’s claims received renewed scrutiny after a new letter from Dr. Richard Ebright, a top official at the NIH, was released on Wednesday that "corrects untruthful assertions" by Fauci and the former NIH head Dr. Francis Collins.

Collins announced earlier this month that he would depart his role at the end of the year, while simultaneously saying his impending resignation had nothing to do with the controversy surrounding the origins of COVID-19.