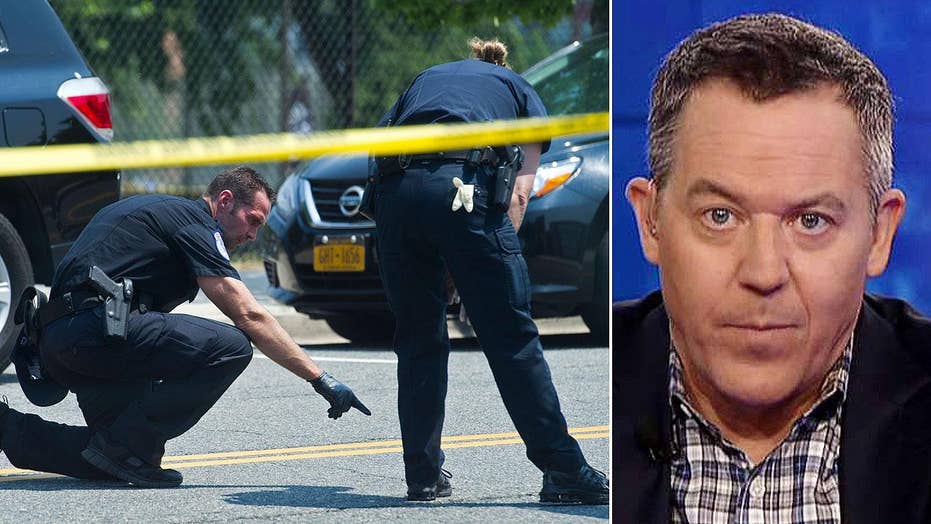 After each incident there's a reflex to take sides

The left-wing gunman whose rampage on a Virginia baseball diamond Wednesday left a congressman in critical condition and three others shot appears to have been driven by political rage critics fear is only increasing.

James T. Hodgkinson, 66, of Belleville, Ill., who was gunned down by police to end the shooting at Simpson Field in Alexandria, Va., appears to have maintained two Facebook pages, each replete with profane anti-Trump posts. Critics say the pages offer a snapshot into the frightening hate that has pervaded politics since Trump's contentious election win last November.

“When liberal leftists support the assassination of President Trump on stage what do you expect to happen,” Second Amendment Foundation founder and Executive Vice President Alan Gottlieb said. “Hate speech and actions incite this kind of violence. It is time for Democrats like Reps. Maxine Waters and Nancy Pelosi, Sen. Chuck Schumer, Barack Obama and Hillary Clinton and many of the talking heads at CNN and MSNBC to shut up.”

“When liberal leftists support the assassination of President Trump on stage what do you expect to happen."

President Trump, who visited Scalise at MedStar Washington Hospital Wednesday night, said Thursday that the Louisiana congressman is in “some trouble” and his condition is “more difficult” than first thought – but described him as a “great fighter.”

Hodgkinson belonged to a Facebook group called "Terminate the Republican Party," and apparently maintained two Facebook pages that featured angry and sometimes violent rants against President Trump. He was a volunteer for Sen. Bernie Sanders, the Vermont Independent who called Hodgkinson's rampage a "despicable act."

Hodgkinson appears to have posted an editorial cartoon on the page that depicted Scalise behind a podium, addressing a group of hooded Ku Klux Klansmen. Hodgkinson wrote in the post: "Here's a Republican that should lose his job, but they gave him a raise."

Despite congressional leaders' insistence the game will be played tonight in a show of unity, critics like Gottlieb say politicians, media pundits and activist groups bear responsibility for unsettling political discourse that has crossed the line of civility and could spawn acts such as Wednesday's.

In recent weeks, comedian Kathy Griffin was photographed hoisitng a mock severed head of Trump, a publicly funded play in New York's Central Park depicted Trump being stabbed to death and late night TV hosts have made cringe-inducing jokes about the president.

Earlier this month, bricks were hurled and a gas bottle thrown at police officers who were trying to quell the violence between groups of demonstrators both supporting and opposing President Trump when they converged in downtown Portland, Oregon. Cops arrested at least 14 people and confiscated various weapons, including a knife, brass knuckles and a homemade slingshot used to launch balloons with a foul-smelling liquid, Fox 12 reported.

Other examples, from college and high school classrooms to protests on town squares, have seen political speech cross into calls for violence.

“To save American democracy, Trump must hang,” Fresno State University Professor Lars Maischak wrote on his Twitter account shortly after the president took office. “The sooner and the higher, the better.”

“Has anyone started soliciting money and design drafts for a monument honoring the Trump assassin, yet?” the professor asked in an earlier tweet.

In February, a teacher reportedly told her English class at Campana High School in California that she lost a $100 bet because President Trump had not been shot on Inauguration Day.

“I believe that there’s such a hatefulness in what we see in American politics and policy discussions right now — and social media and the 24-hour news cycle,” Davis said. “This has got to stop."