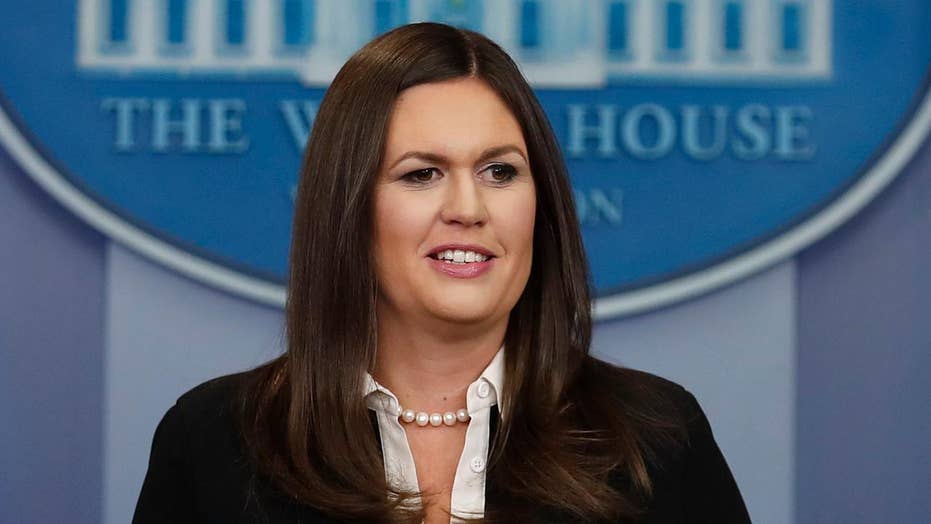 White House Press Secretary Sarah Sanders on Thursday stood by President Trump’s threat to shut down the government in order to get funding to build a wall on the border with Mexico.

In the first White House press briefing in three weeks – after Trump spent much of August in New Jersey and on the road – Sanders was repeatedly asked about the president’s demand.

“The president has talked pretty extensively about this,” Sanders said. “He campaigned on the wall. He won on talking about building a wall. And he’s going to make sure that that gets done. And he’ll continue to fight for that funding and ensure it takes place.”

Trump made the threat during his campaign-like rally in Arizona earlier this week.

“Believe me, if we have to close down our government, we're building that wall,” the president said.

On Thursday, Sanders didn’t reiterate the threat herself. But she emphasized the president’s determination to see the wall get built.

Asked why the president is threatening a shutdown, Sanders replied: “Once again, the president’s committed to making sure this happens, and we’re going to push forward.”

One reporter asked Sanders why the president would threaten to shut down the government over wall funding considering Trump's campaign promise that Mexico would pay for it.

When another reporter said the president, in recent comments, "is not saying" Mexico’s going to pay for the wall, Sanders shot back: “He hasn’t said they’re not either.”

Sanders also made a pitch to certain Democrats.

“Let’s not forget that there were a lot of Democrat senators that also voted for border security and a border fence, and hopefully some of those same individuals will talk to members in their current party and maybe we can get a bipartisan group to support that and make sure it happens, because this president is going to see it through,” she said.

The Republican-controlled Congress has yet to pass a spending resolution to keep the government fully operational past Sept. 30.

Members will have just a few weeks after returning from August recess to complete the task and avoid a politically unpopular shutdown.

The House in late July passed a spending bill that included $1.6 billion to build the wall, which has an estimated price tag of $12 billion.

However, Republicans have only a slight Senate majority, which means Democrats could demand that any budget resolution include no money for the wall, in exchange for their votes to pass the resolution and keep open the government.