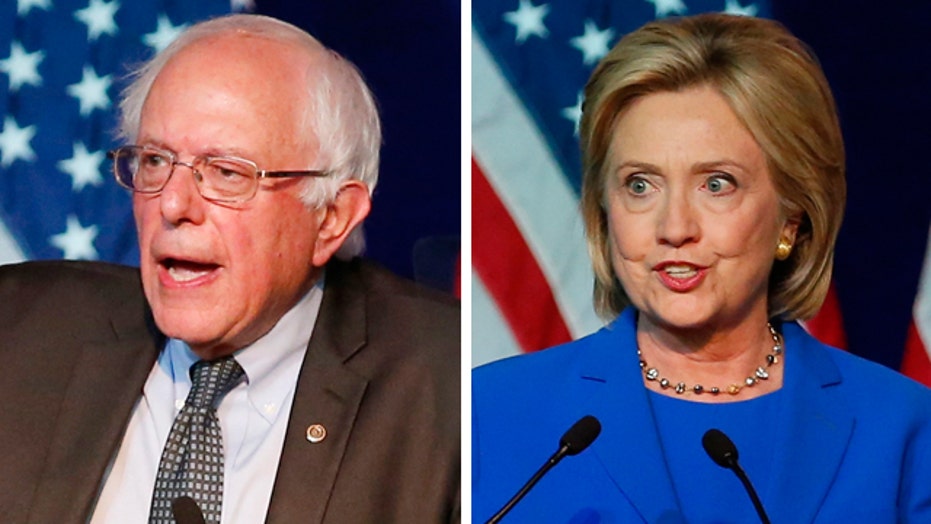 Bernie Sanders closing in on Hillary in Iowa polls

Democratic presidential candidate Sen. Bernie Sanders now has a 9-point lead over front-runner Hillary Clinton in New Hampshire, after trailing her so far in the race, according to NBC News/Marist polls released Sunday.

The states -- Iowa and New Hampshire -- are the first and second, respectively, to hold 2016 primary votes. And the outcomes of those ballots often determine the future of the presidential campaigns.

The New Hampshire poll shows Sanders getting support from 41 percent of the state's likely Democratic voters, compared to Clinton with 32 percent and Vice President Biden with 16 percent. Biden is still considering a campaign, and no other Democratic candidate received more than 1 percent of the vote, according to the poll.

The margin of error in the poll was 5.2 percent.

In a NBC/Marist poll in July, Sanders trailed Clinton by 10 points, 42 percent to 32 percent, with Biden at 12 percent.

Clinton still leads all other 2016 Democratic challengers, according to most national polls.

In Iowa, Clinton remains ahead of Sanders, but her lead has slipped by 13 percentage points among the state’s likely Democratic voters, according to the poll.

Clinton is at 38 percent, compared to 27 percent for Sanders. In July, she had 49 percent of the vote, while Sanders had 25 percent.

The margin of error in that poll was 5.3 percent.

In the Republican race, Donald Trump had 29 percent of the vote among likely GOP voters in Iowa, followed by Ben Carson at 22 percent. The remaining candidates were in single digits, according to the poll that had a margin of error of 5 percentage points.

In New Hampshire, Trump got 28 percent of the likely GOP vote, followed by Ohio Gov. John Kasich at 12 percent and Carson at 11. All of the other GOP candidates had single-digit percentages.

The margin of error was 4.8 percent.