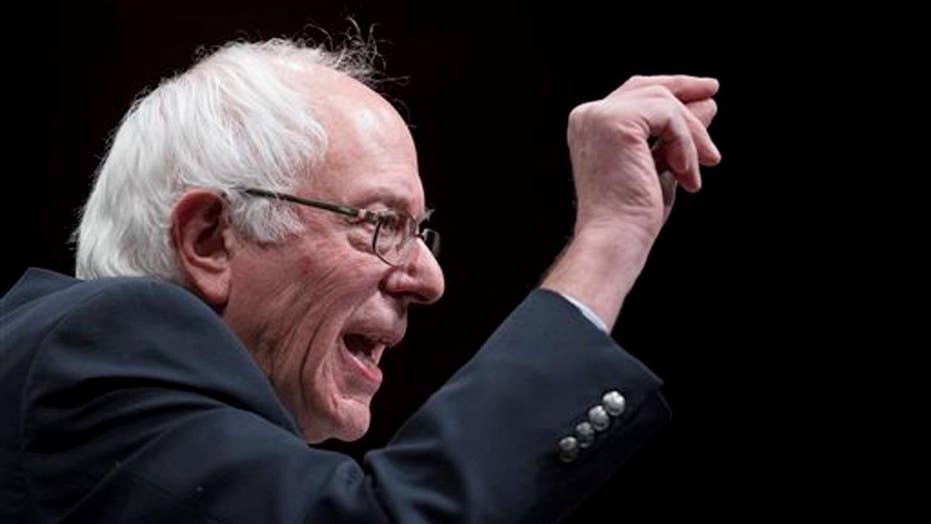 New national polling is showing Bernie Sanders gaining ground on Democratic frontrunner Hillary Clinton, casting into doubt Clinton as the inevitable nominee for the party, and recalling the 2008 race where Clinton was eventually beaten by underdog Barack Obama.

Despite a 30 percent-plus lead over Sanders in the summer in many polls, Clinton's lead has shrunk drastically in recent months as she continues to be dogged by doubts about her candidacy, while Sanders continues to gain strength in key states and across the U.S.

With key votes in Iowa and New Hampshire just weeks away, Clinton's apparent firm hold on the nomination seems to be slipping away.

Polls now show Sanders with a comfortable lead in New Hampshire. A Fox News Poll released last week showed Sanders with a commanding 13 point lead in the Granite State, with a 50-37 point margin. The poll shows a stunning increase for Sanders, who was only one point ahead in a similar poll in November.

Meanwhile in Iowa, Clinton's once solid lead is dwindling and it seems the Hawkeye State is up for grabs. The Real Clear Politics average shows Clinton with a four point lead, with some polls showing the two tied and a recent Quinnipiac poll actually showing Sanders with a five point lead.

Should Sanders win the coveted prizes of both Iowa and New Hampshire, it would hand him momentum going into trickier states such as South Carolina, and would raise serious questions about Clinton's ability to secure the nomination.

It isn’t just in the vital states of Iowa and New Hampshire where Clinton’s lead is narrowing – polls are showing Sanders gaining ground nationally.

The latest Fox News Poll showed Clinton with a 15 point lead nationally. That’s down from a 25 point advantage as recently as two months ago, suggesting the race is tightening and that Sanders may be a serious concern for the Clinton camp.

Clinton’s troubles sealing the nomination despite being labeled by many as the inevitable nominee has echoes of the 2008 Democratic primary, in which she held a similar status but was beaten in Iowa by then-Sen. Barack Obama. Obama gained enormous momentum from the win in Iowa and eventually went on to win the nomination.

The Washington Post’s Philip Bump compared the 2016 and 2008 races and concluded that Clinton was actually doing better in 2008 than she is now.

“Nationally, she was doing much better in 2008 than she is right now, perhaps in part because the anti-Clinton vote in 2008 was still split between two people -- Barack Obama and John Edwards -- instead of just one. But that recent trend line, a function of two new national polls that were close after a bit of a lull, is not very good news [for Clinton],” Bump wrote.

The narrowing of the race comes as Sanders and Clinton have ratcheted up the rhetoric at each other.  Clinton has called for Sanders to be more specific about his proposals and how he would pay for proposals such as a single-payer health care system.

"I wish that we could elect a Democratic president who could wave a magic wand and say, 'We shall do this, and we shall do that,' " Clinton said this week in Iowa. "That ain't the real world we're living in!"

Sanders for his part has also turned up the heat on the former Secretary of State and released a TV spot Thursday that appeared to take a shot at Hillary Clinton’s record on Wall Street.