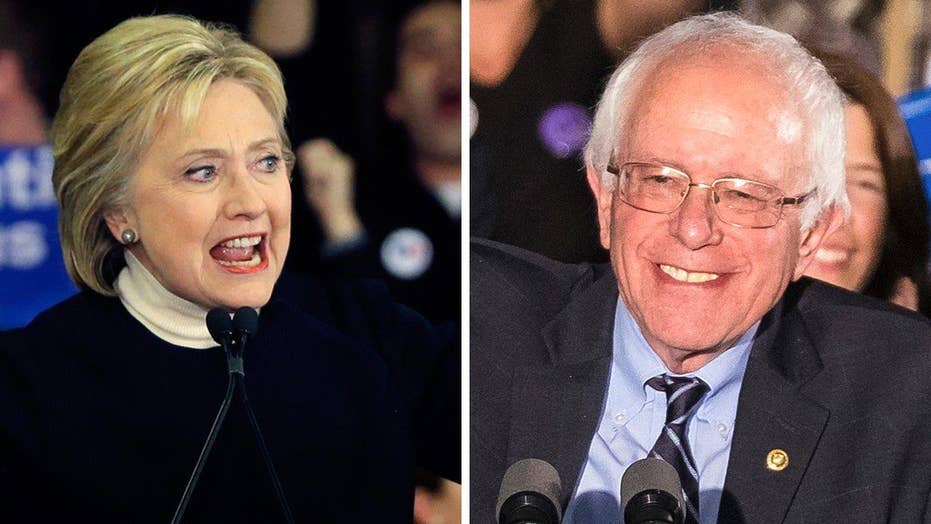 Clinton campaign not in crisis mode... yet

Insight from Stephen Dinan, political editor for The Washington Times

The Hillary Clinton campaign, looking to downplay its loss Tuesday night, was quick to point out that far more diverse states are up next on the primary calendar. Campaign manager Robby Mook boasted in a memo that Clinton enjoys “high levels of support” among black and Hispanic voters.

It was no coincidence that on the day after his win, Sanders held a one-on-one breakfast meeting with the Rev. Al Sharpton at a Harlem landmark, where they discussed issues that affect the African-American community around the country.

“I think it is very important that he sent the signal that on the morning after a historic victory...he would come to Harlem and have breakfast with me,” Sharpton said.

Sharpton said the two men talked at Sylvia's Restaurant about affirmative action, police brutality and the water disaster in Flint, Mich. He added that he and various heads of national civil rights organizations plan to meet with Clinton next week – and won’t endorse a candidate until later.

Sanders also made sure, in his Tuesday victory speech, to include African-Americans and Latinos as part of his campaign message.

“When we talk about transforming America, it means ending the disgrace of this country having more people in jail than any other country in the world, disproportionately African-American, and Latino,” he said. “Not only are we going to fight to end institutional racism, and a broken criminal justice system, we are going to provide jobs and education for our young people, not jails and incarceration.”

While Sanders’ message about addressing income inequality and fixing a “corrupt” campaign finance system has found broad appeal, polls suggest Clinton continues to enjoy substantial support from minority communities in South Carolina, which holds the next primary, and beyond. Those voters are part of what is considered Clinton’s so-called “firewall,” which Sanders wants to break through.

“The question has always been can he expand out to blacks, Latinos,” Democratic strategist Joe Trippi said. “That’s the test.”

The Clinton campaign minces no words in suggesting that once states with a bigger minority population vote, Clinton will recover.

“The nomination will very likely be won in March, not February, and we believe that Hillary Clinton is well positioned to build a strong – potentially insurmountable – delegate lead next month,” Mook said in a memo Tuesday night, noting the electorates in the first two contests are largely rural/suburban and white.

But Clinton, who won New Hampshire in 2008, still lost across virtually every voting group Tuesday including women, exit polls show.

The exit polling showed Sanders won among women, 55-44 percent; among moderates, 58-39 percent; and among voters under 50 by a huge margin.

Sanders won across voters of every education level and every income level – except for those making over $200,000, among whom Clinton had the edge.

The major demo won by Clinton Tuesday night was the over-65 bloc, which backed her 55-44 percent.

Clinton still leads heavily in the polls in critical states like South Carolina and Florida, and it’s unclear whether Sanders will be able to transfer his momentum from the Northeast – his home turf – to the South.

While non-Hispanic white residents make up more than 91 percent of the New Hampshire population, Census figures show they make up just 62 percent of the overall U.S. population – meaning minority voters will be a bigger factor going forward.

In New Hampshire, though, exit polls show Clinton only won the state’s small non-white demographic by a single percentage point.