This week marked the first time Ruth Bader Ginsburg has missed oral arguments since the associate justice joined the Supreme Court in 1993.

The 85-year-old, who is recovering from recent cancer surgery, has repeatedly said in the past that she would retire from the nation's highest court only when she can no longer "do the job full steam."

The court's public sessions are set to resume Monday. No date has been set yet for when Ginsburg will return to the bench, a court spokesperson said.

Ginsburg underwent lung surgery last month to remove cancerous growths, and is continuing to recover. After weeks out of public view, she was spotted Wednesday morning leaving her Washington, D.C., apartment, TMZ reported. 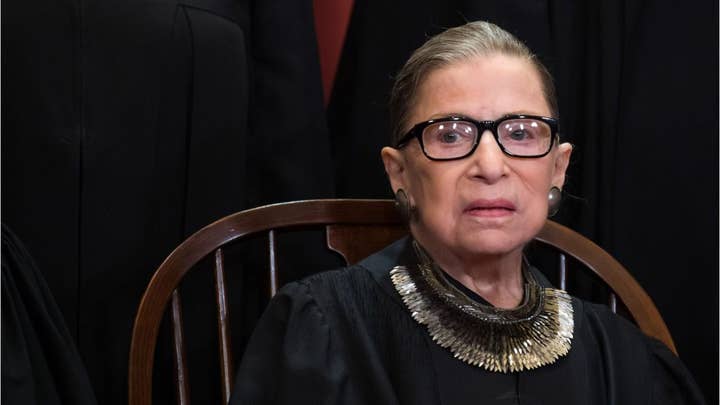 But Ginsburg’s recent absence has stirred speculation on whether she was considering retiring, given her previous comments on the topic.

The justice, dubbed "the Notorious RBG" by supporters, has said at least since 2013 that she would continue to serve on the court as long as she can, as pointed out by the Washington Examiner. Supreme Court appointments are for life, though many justices over the years have chosen to retire at some point.

“As long as I can do the job full steam, and that, at my age, is not predictable,” Ginsburg told the New York Times in 2013.

Three years later she told NPR that she would “retire when it's time. And when is it time? When I can't do the job full steam.”

"I will retire when it's time. And when is it time? When I can't do the job full steam."

As recently as last year she repeated that she would remain on the court as long as she can be fully engaged.

“As long as I can do the job full steam, I will be here,” she said during an event at the Adas Israel Congregation in Washington.

“I said I will do this job as long as I can do it full steam,” she said last month at the premiere of a movie about her early career.

But Ginsburg’s absence from the court and participation from home is also not unprecedented. The late Chief Justice William Rehnquist also worked from home and even authored several opinions while undergoing cancer treatment from 2004-05.

Ginsburg also has already hired clerks for the term that extends into 2020, suggesting possible retirement isn’t being planned.