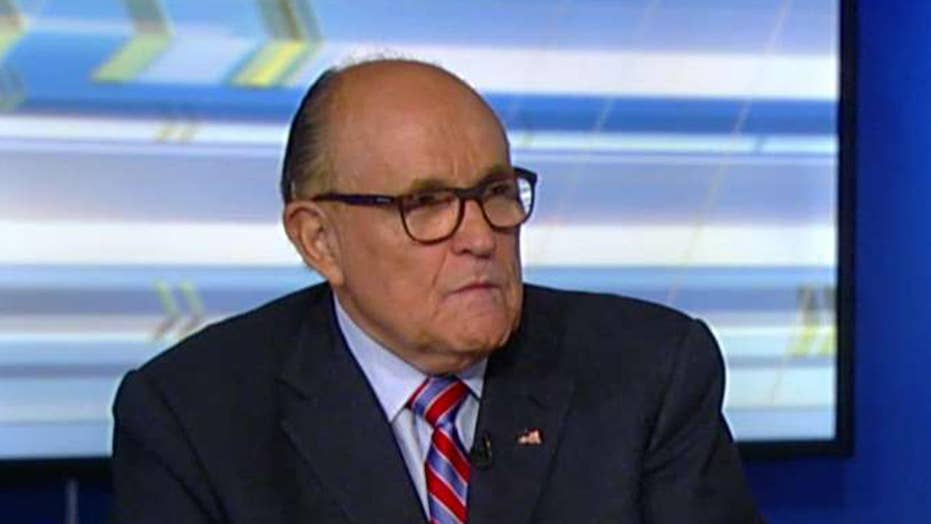 Giuliani: I would love to testify before the Senate

“I wouldn’t testify in front of that committee until there is a vote of Congress and he is removed,” Giuliani told The Washington Post. “Let them hold me in contempt. We’ll go to court. We’ll challenge the contempt.”

Giuliani said he is holding the Trump administration’s line that the impeachment inquiry is “illegal.”

In an eight-page letter to Congress on Tuesday, the White House wrote that the inquiry “violates fundamental fairness and constitutionally mandated due process” and “lacks any legitimate constitutional foundation.”

Giuliani added that he “can’t imagine” anyone else from the Trump administration would appear before the committee.

He said he is interested in accepting Sen. Lindsey Graham’s, R-S.C., offer to testify to the Senate Judiciary Committee.

“Graham wants me to lay out in one place, in one time the Ukrainian collusion and the Biden corruption,” Giuliani told The Post. “I appreciate Lindsey offering the opportunity to lay the whole case out.”