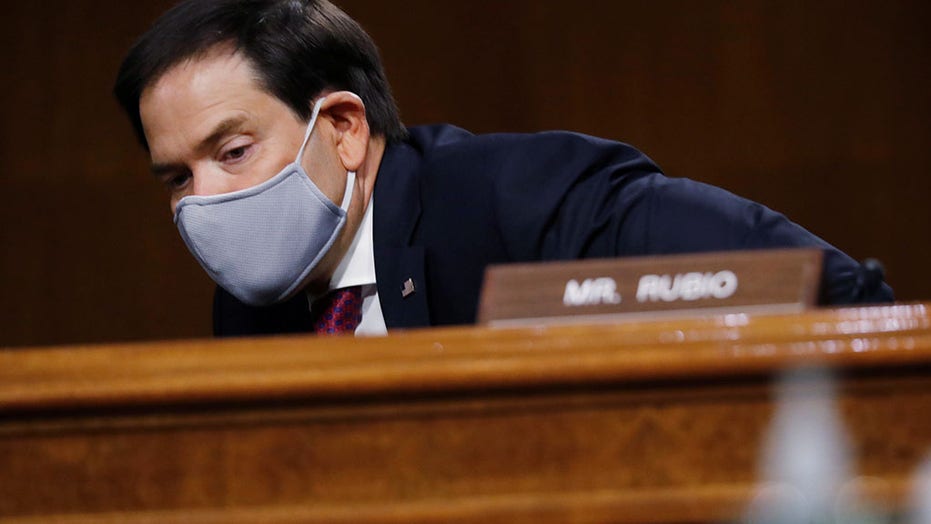 Sen. Marco Rubio, R-Fla., on Wednesday asserted that “everyone” should wear a mask to prevent the spread of coronavirus, as his state is among a number of states which have seen a spike in new cases.

Rubio said the main focus should be on mitigating outbreaks in nursing homes, assisted living facilities and congregate-living facilities. “Those are the places where you're really going to cut down the death rate if you can prevent outbreaks,” Rubio told reporters after a GOP lunch with Vice President Pence.

“And then everyone should just wear a d--- mask, like you guys are, like I am right now,” the Florida Republican continued.

"I would just encourage everyone, that's what I said in there, to sort of become informed of the nuances of how your state is reporting. In Florida, the state tells us 20 percent of the COVID cases that register as hospitalizations are people that are in the hospital for something else, like a knee replacement, but they're tested so they tested positive,” he added.

Florida Gov. Ron DeSantis has said he won't impose a mask mandate statewide. But the most populous cities in Miami-Dade County on Monday imposed a mask requirement for anyone in public within the city limits, except those doing rigorous exercise.

The White House has repeatedly asserted that a rise in cases is attributable to an increase in coronavirus testing, as the U.S. has conducted more than 26 million tests. President Trump sparked controversy in his Tulsa rally when he apparently joked about ordering a slowdown in testing to avoid reports of a case surge.

The positivity rate also spiked in Florida to 15.91 percent, whereas the previous high had been just over 12 percent.

Nationwide, the daily number of new coronavirus cases reached its peak since the height of the pandemic in April with 34,700 new cases on Tuesday.