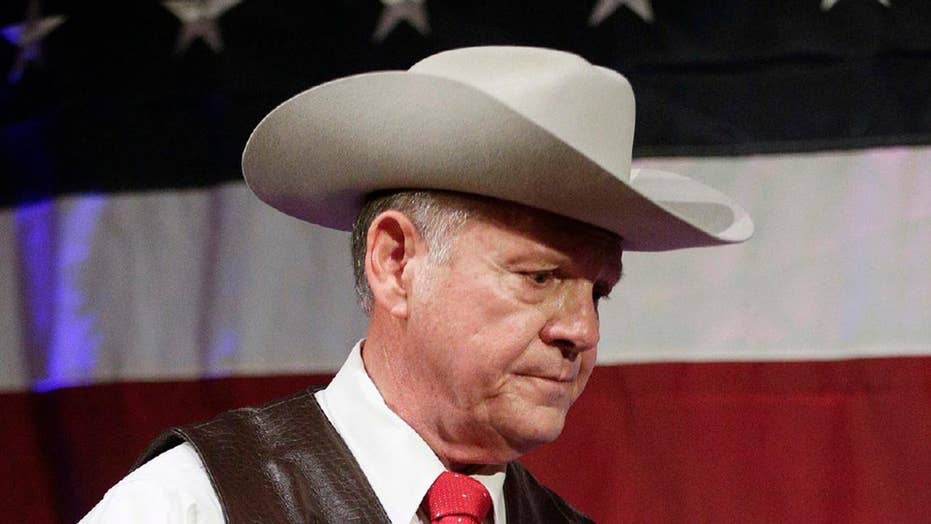 Did the media sink Roy Moore?

The Jewish attorney that Roy Moore's wife touted employing in an attempt to fight off claims of anti-semitism is actually a longtime friend and supporter of Senator-elect Doug Jones, who defeated Moore last month.

Richard Jaffe is an Alabama defense attorney hired by the Moores to defend their son, Caleb Moore, against drug charges in 2016.

Jaffe told the Washington Examiner he has been close personal friends with Doug Jones for over 30 years and he both contributed to, and raised money for, his campaign.

"There could not be a more passionate supporter of Doug than me!" Jaffe said.

The Birmingham based lawyer walked alongside Jones as he took center stage to deliver his acceptance speech and plans to be in the DC Senate gallery on Wednesday as Jones is sworn in.

Kayla Moore, Roy Moore's wife, caught the political world off-guard the night before the Dec. 12 special election to replace Jeff Sessions as senator when she referenced Jaffe in a campaign speech.

“Fake news will tell you that we don’t care for Jews. I tell you all this because I’ve seen it also I just want to set the record straight while they’re here,” Kayla Moore said at a campaign rally in Midland City, Ala., waving at the media. “One of our attorneys is a Jew!”