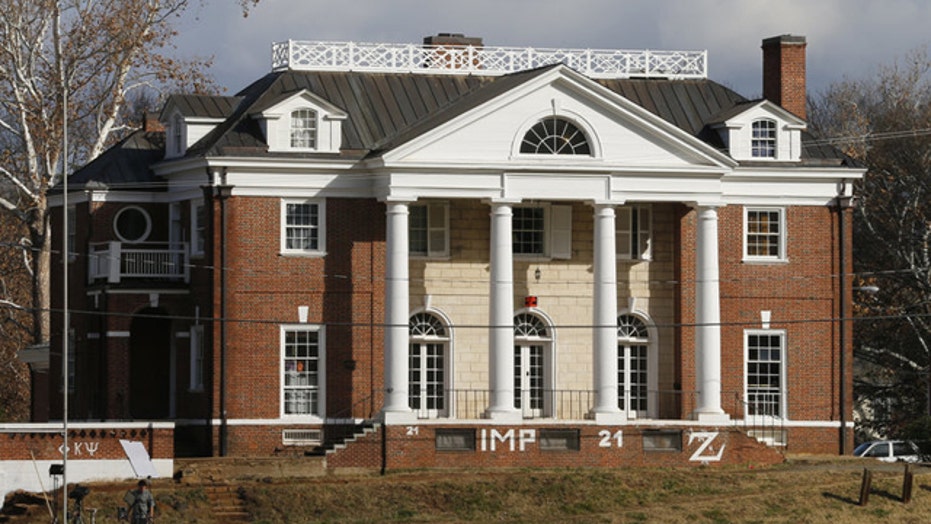 'MediaBuzz' host sounds off on dangers of investigative reporting

One of the dangers of investigative reporting is falling in love with your source — and your story.

You spend days, weeks or months cultivating a whistle-blower or plaintiff and accuser and becoming convinced that it’s your duty to tell the tale. There is a natural human tendency to minimize inconsistencies in the person’s account. The excitement of breaking a big one begins to build.

That’s why you need a Jason Robards editor to say, “You ain’t got it, kid.”

And that’s what Rolling Stone was lacking in deciding to publish Sabrina Erdely’s 9,000-word dramatization of an alleged gang rape at the University of Virginia, essentially based on the word of a single source. The editorial brain trust royally screwed up.

“That failure is on us—not her,” Managing Editor Will Dana acknowledged on Twitter.

Dana, interestingly enough, gave a 2006 address at Middlebury College titled “In Defense of Biased Reporting.” Here’s what he said:

“For ‘bias,’ maintains Dana, ‘does not mean unbalanced.’ If anything. it sets the bar higher for Rolling Stones’ writers. They have to exercise extreme depth of analysis and reporting in writing their stories. In fact, confided Dana, his all-time favorite stories are those which deliberately framed extremely controversial issues in a manner which was both emotive and unabashedly honest.”

But it’s on the reporting where Rolling Stone fell down, and the magazine, which initially stood by the story, has now quietly changed and expanded its apology.

Gone is the blame-shifting language about having lost “trust” in Jackie, the first name of the accuser who said she was gang-raped at a fraternity party in 2012. Instead, in a statement that was likely massaged by lawyers, there was this:

“We published the article with the firm belief that it was accurate. Given all of these reports, however, we have come to the conclusion that we were mistaken in honoring Jackie's request to not contact the alleged assaulters to get their account. In trying to be sensitive to the unfair shame and humiliation many women feel after a sexual assault, we made a judgment – the kind of judgment reporters and editors make every day. We should have not made this agreement with Jackie and we should have worked harder to convince her that the truth would have been better served by getting the other side of the story. These mistakes are on Rolling Stone, not on Jackie.”

We’ve also learned that Jackie at one point asked Erdely to take her out of the article—another red flag that was not heeded.

A website has now identified the woman it says is Jackie, a 20-year-old student taking antidepressants. I am not linking to it in the belief that women who say they are victims of sexual assault deserve to be granted anonymity.

I’ve seen people throw the word hoax around. Based on what we know, this is not a case of media fabrication like Janet Cooke, or like Jayson Blair, who I exposed as a fraud. Erdely is an experienced reporter who likely believed what Jackie was telling her. But since Erdely set out looking at Harvard, Yale and other campuses to find a compelling rape story—and lists “sexual assault” as one of her areas of expertise—maybe she was too credulous. Along with her editors.

From the questions raised by a single blogger, former George editor Richard Bradley, to the diligent reporting of the Washington Post’s T. Rees Shapiro, many pieces of the Rolling Stone saga have fallen apart. I still cannot understand why the magazine, in part out of deference to Jackie’s wishes, failed to contact any of the seven men accused of the heinous crime of brutally raping her.

Even so rudimentary a detail as the fact that the fraternity in question had no parties on the weekend in 2012 when Jackie said she was attacked at such a party eluded Rolling Stone.

Here’s a telling discrepancy. Keep in mind that Jackie claimed to be injured during the assault by being smashed into a glass coffee table, and that three friends supposedly talked her out of going to the hospital. The Post found one of her friends:

“The student, who said he never spoke to a Rolling Stone reporter, said Jackie seemed ‘really upset, really shaken up’ but disputed other details of that article’s account. Rolling Stone said that the three friends found Jackie in a ‘bloody dress,’ with the Phi Kappa Psi house looming in the background, and that they debated ‘the social price of reporting Jackie’s rape’ before advising against seeking help. He said none of that is accurate.”

Instead, this friend said he didn’t see any blood or injuries, but that Jackie had told him she was forced to perform oral sex on a group of men.

Another friend, Emily Renda, a self-described rape survivor, said Jackie told her she was raped by five men. She later changed the number to seven.

Now the rest of Erdely’s work is starting to be scrutinized. In a 2012 piece for Rolling Stone, Erdely wrote of a series of suicides in a Minnesota community among teenagers who were gay or perceived to be gay. She begins a girl named Brittany, who was taunted as a “dyke” and later killed herself. But then there is this:

“Like many 13-year-olds, Brittany knew seventh grade was a living hell. But what she didn't know was that she was caught in the crossfire of a culture war being waged by local evangelicals inspired by their high-profile congressional representative Michele Bachmann, who graduated from Anoka High School and, until recently, was a member of one of the most conservative churches in the area. When Christian activists who considered gays an abomination forced a measure through the school board forbidding the discussion of homosexuality in the district's public schools, kids like Brittany were unknowingly thrust into the heart of a clash that was about to become intertwined with tragedy.”

Bachmann doesn’t even live in the school district any more, and whatever her views on gays, linking her name to these tragic deaths seems more political than factual.

We still don’t know what happened or did not happen in Charlottesville. At the very least, though, the gang rape story seems to be seriously exaggerated. But the damage to Rolling Stone’s reputation is not.