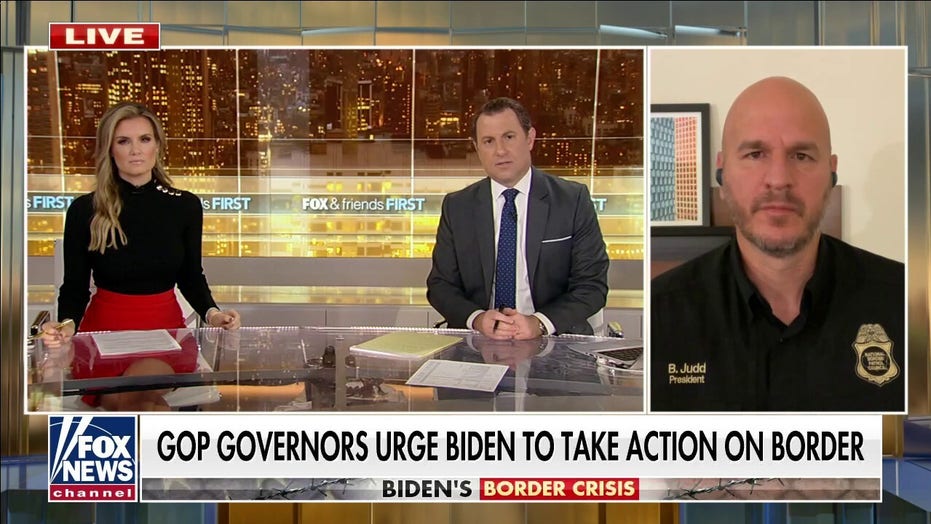 The National Border Patrol Council president explained the cartels understand the political climate in the United States, and unless the Biden administration takes action, crime will continue to surge.

FIRST ON FOX: A new video dropped by the Republican National Committee (RNC) highlights Democrat officials’ support for defunding the police as the Democratic Party tries to back away from the idea.

"Suck it up. Defunding the police has to happen. We need to defund the police," Rep. Cori Bush, D-Mo., another "Squad" member, said in the video exclusively obtained by Fox News.

"You don't have one bad apple. You don't have four bad apples. You have a system-wide problem in that police department," failed Senate and presidential candidate Beto O’Rourke, D-Texas, says in the video.

"And only by completely dismantling that system and rebuilding it intentionally with the community members at the table do you have any hope of getting it right," he continues.

The new video, entitled "7 Minutes of Democrats Saying Defund The Police," comes as the Democrats desperately try to move away from the rhetoric as crime spikes around the country.

The party’s attempts to distance themselves from the defund the police movement, however, were put in further jeopardy after the Democratic Congressional Campaign Committee (DCCC) hired new top employees with a history of pushing defund the police rhetoric.

The news comes after President Biden and Democratic leadership tried to distance themselves from the defund the police movement, with some moderates blaming the rhetoric for Democratic House losses in November.

Democrats were ridiculed from both sides in July after accusing Republicans of being the party that's actually in favor of defunding the police.