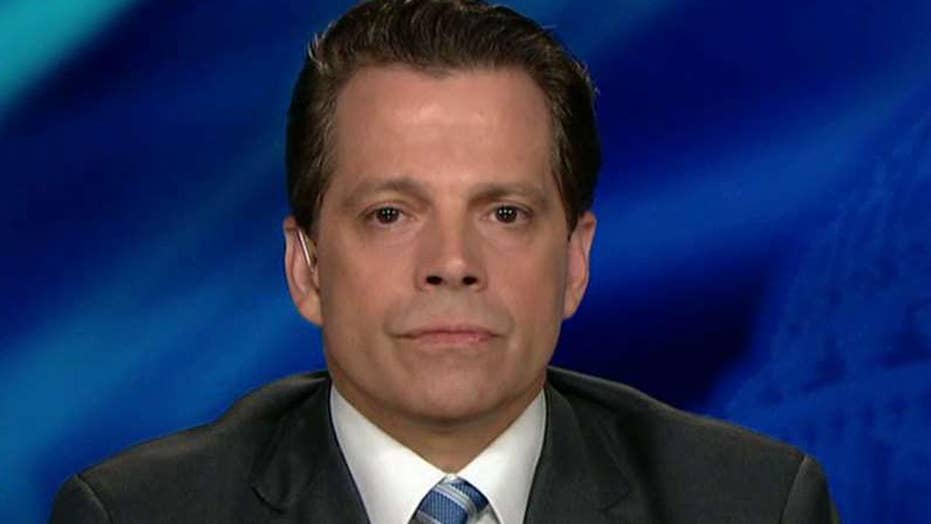 The sources said Scaramucci's influence has skyrocketed inside the West Wing. The Washington Post reported that “Scaramucci has moved into Trump’s inner sanctum and is now described by some colleagues as almost family to the president.”

Priebus, the White House chief of staff,  said in an interview that he supports Scaramucci “100 percent,” despite reportedly trying to prevent the financier from getting multiple administration positions.

Ivanka Trump, the president’s daughter, and her husband, senior aide Jared Kushner, had known Scaramucci for years from New York and pushed for his hire.

Lindsay Walters, the White House deputy press secretary, said Priebus “is focused on driving the president’s bold agenda, and that has been and always will be his top priority.”

A White House official told Politico that Scaramucci is being considered to succeed Priebus. Scaramucci has made it clear on Twitter that he answers only to Trump.

The Post, citing several unnamed officials, reported that Scaramucci has started an audit on staffers. He is reportedly meeting with them and weeding out “those he determines are not working hard enough to defend the president.”

The staffers whose jobs are secure are Sarah Huckabee Sanders, Hope Hicks and Dan Scavino.

Spicer, the outgoing White House press secretary, resigned Friday over Trump’s decision to tap Scaramucci to lead the communications team. The departing spokesman said the president “could benefit from a clean slate” as he seeks to steady operations amid the Russia investigations and ahead of a health care showdown.

Spicer said during a brief phone conversation with The Associated Press that he felt it would be best for Scaramucci to build his own operation “and chart a new way forward.” He tweeted that it had been an “honor” and “privilege” to serve Trump and that he would remain in his post through August.

Scaramucci told Fox News on Sunday that one of his top priorities is stopping the leaks coming from the White House.

“We have to get the leaks stopped,” Scaramucci, named Friday to the post, told “Fox News Sunday.” “What’s going on right now is a high level of unprofessionalism, and it’s not helping the president. … I will take drastic action to stop the leaks.”