Though Trump's comments in Helsinki have drawn bipartisan criticism, RNC members who attended the summer meeting in Austin this week said the president’s remarks have not been a point of conversation.

“It has not been a topic of discussion that has really deemed any content or any major discussion whatsoever,” said Jonathan Barnett, a national committeeman from Arkansas.

Republican National Committee members say they have not discussed the President's remarks on Russia earlier this week. (Fox News)

“It’s not a priority right now. You know, people have heard of it. And, it’s just not a priority,” added Ada Fisher, a national committeewoman from North Carolina.

The president was criticized in part for appearing to take Putin's word over U.S. intelligence officials on election interference.

“[Director of National Intelligence] Dan Coats said to me and some others and said, they think it’s Russia. I have President Putin. He just said it’s not Russia. I will say this I don’t see any reason why it would be,” the president said Monday after the summit.

But he later said he misspoke, and some Republicans highlighted that clarification.

“The stakes were pretty high during that meeting. People were watching very closely. I think he needed to be probably a little more disciplined in that interaction, and he’s been cleaning that up for the last few days,” said Matt Mackowiak, an attendee and Republican consultant.

Mackowiak believes the backlash is unlikely to affect the upcoming midterm elections.

“Generally, foreign policy has not been a major issue for voters because they don’t feel as if it affects them directly. I think the midterms are going to be about the economy, the direction of the country, whether they think Trump has been doing a good job,” he said.

“I don’t think it’s going to be significant when it comes to the midterm,” Barnett said. 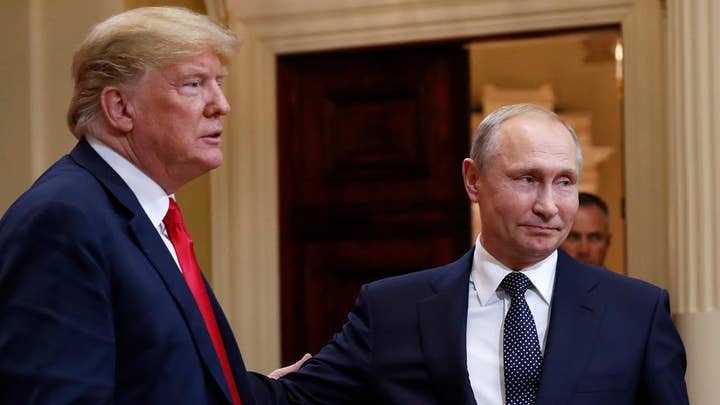 Democrats, though, have seized on Trump's Helsinki summit and the clarifications in its aftermath. Some liberal lawmakers have once again raised calls for impeachment, though leaders have sought to tamp that down.

Top Democrats, though, have hammered the president nonstop since Monday. After Trump's first clarification, House Minority Leader Nancy Pelosi said in a statement: "President Trump’s attempt to walk back the dangerous, disgraceful and damaging show of his Blame America First policy embarrasses our nation even further. After watching the President cower in front of Putin, the American people now deserve to know what Trump will do now."

Trump faced another round of criticism in the wake of the summit for a conversation with Putin regarding the possible questioning of U.S. officials in exchange for Special Counsel Robert Mueller's team interviewing 12 Russians indicted for allegedly interfering with the 2016 elections.

On Thursday, the White House issued a statement saying Trump does not agree with the proposal.

“I don’t think the president fully understands the ramifications of what Russia has proposed there, and I don’t think it’ll happen,” said Mackowiak.