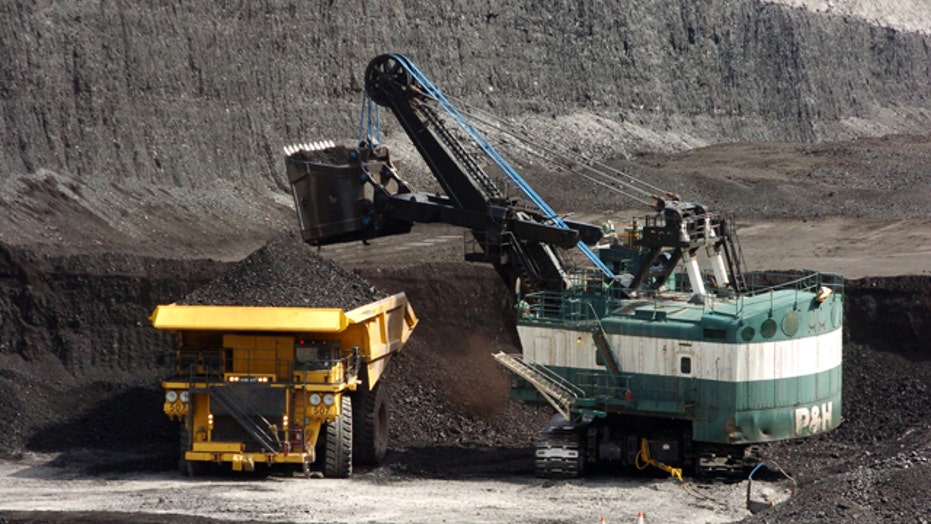 Foes of President Obama's alleged "war on coal" climate plan are hoping to use the combustible issue to tarnish Democrats in the next round of elections.

In Virginia, it didn't take long for Republican gubernatorial candidate Ken Cuccinelli to label the plan the "Obama-Biden-McAuliffe war on coal," in his race for governor against former Democratic Party chairman Terry McAuliffe.

The Cuccinelli campaign launched a coal-themed online ad blitz last week, as both candidates charge into the November 2013 election.

Other politicos already are looking down the calendar to 2014 and beyond.

On the national level, the risk for Democrats is inherent in the fact that the road to the White House in 2016 goes through several swing states that are also top 10 coal-producing states -- namely, Pennsylvania and Ohio. Republicans, and groups representing the coal industry, could make life difficult for any candidate who gets too close to regulations deemed harmful to the coal industry.

Obama tried to get on offense over the weekend, saying in his radio address that voters should demand Congress get behind a climate plan.

"Remind everyone who represents you ... that sheltering future generations against the ravages of climate change is a prerequisite for your vote," Obama said.

The White House put out a detailed infographic on rising temperatures and the cost of natural disasters, which his plan supposedly would curb.

And Energy Secretary Ernest Moniz reportedly said Sunday that the government is not waging a "war on coal."

According to Reuters, Moniz said Obama "expects fossil fuels, and coal specifically, to remain a significant contributor for some time." He said the administration wants to encourage higher efficiency plants.

But those in the industry say the administration is moving too fast, and should give time to develop clean-coal technology that's already in existence.

Luke Popovich, spokesman for the National Mining Association, told FoxNews.com his group was not launching any paid advertising on the issue at this point, but is in "constant contact" with governors and lawmakers in the states most affected by coal generation and use.

Popovich did not describe the plan as a "war on coal," saying his group is "trying to find solutions here."

"We hope that is not the case. It certainly would not make any sense given a lingering recession for most Americans," he said.

He said the NMA wants to carve out a "separate and distinct standard" for clean-coal technologies, and will weigh-in during the EPA's regulatory comment period.

According to Politico, the EPA has already sent a draft regulation on emissions for future power plants to the White House. The other draft rule, the more sweeping measure for existing plants, is still in process.

Democrats in coal country were visibly hesitant to get behind Obama's plan. Some were outright hostile.

"It's just ridiculous. ... I should not have to be sitting here as a U.S. senator, fighting my own president and fighting my own government," he told Fox News. "I will continue to reach out, but I need a partner here. I don't need an adversary."

Manchin's colleague, Democratic Sen. Jay Rockefeller, was more reserved, saying the president needs to provide more information about how miners would be affected.

But any Democrat who remained silent on the issue was faced with the threat of Republican taunting.

"Over the past two days, Grimes' silence makes clear that Kentuckians simply can't count on her to stand up against her own party to protect them," the NRSC said in a statement.

Democrats have two major political risks to weigh in considering whether to get behind the new climate agenda. First is the thousands of jobs at stake in the coal industry. According to the American Coalition for Clean Coal Electricity (ACCCE), EPA regulations have played a role in the closure of nearly 290 coal plants so far this year. Second is electricity rates.

In Ohio, Republican Sen. Rob Portman framed the issue in those terms, calling the Obama plan an "effort to raise electricity prices in Ohio."

"President Obama's EPA overreach has already cost jobs in Ohio. At least eight coal-fired power plants in Ohio are set to close due in large part to regulatory mandates put in place by the EPA," he said in a statement, noting more than 80 percent of electricity in the state comes from coal generation and claiming the new rules could raise those costs.

"Coal's part of the reason that we enjoy the level of economic prosperity we do in the nation today," Kevin Crutchfield, CEO of coal company Alpha Natural Resources, told Fox News.