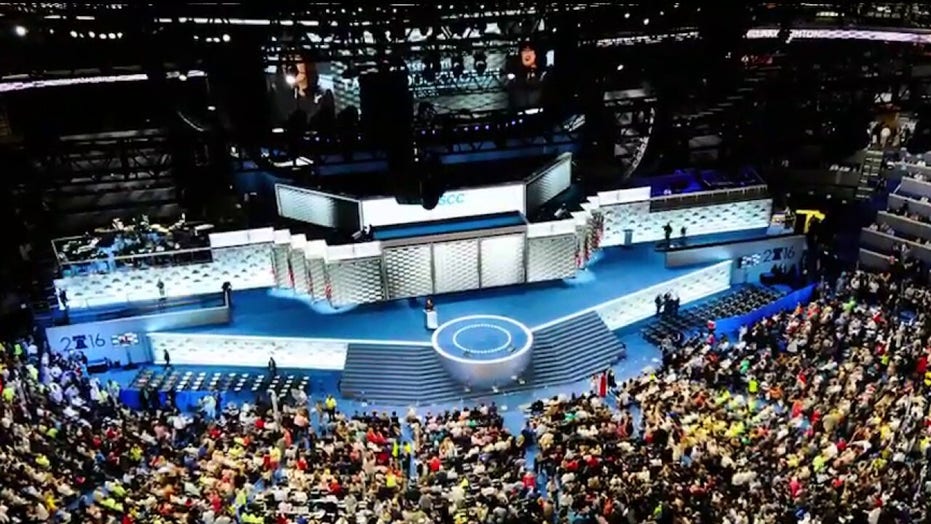 Brokered vs. contested conventions: Chad Pergram breaks down the differences

Democrats brace for drawn-out nomination fight if no 2020 candidate wraps up the required delegates to secure their party's presidential nomination before the convention; Chad Pergram reports.

EXCLUSIVE: Republican Party officials, pressing forward with plans to hold an in-person national convention, have hired a senior medical adviser to help “pave a safe path” for the event in August amid the coronavirus pandemic, Fox News has learned.

The Republican National Convention is expected to be held Aug. 24-27 in Charlotte, N.C.

WHERE ARE THE DEMOCRATIC AND REPUBLICAN NATIONAL CONVENTIONS?

The official told Fox News that the Republican National Committee has hired Dr. Jeffrey Runge, a leading national health security official and medical practitioner, to join the GOP convention team as a senior adviser for Health and Safety Planning.

“We’ve said from the start that we are committed to hosting a safe and successful 2020 Republican National Convention, and Dr. Runge’s background and expertise will be instrumental as we continue to map out our plans that ensure the health and safety of all convention participants and the Charlotte community,” Marcia Lee Kelly, president and CEO of the GOP Convention, said Thursday.

“We recognize this hasn’t been done before, but we remain committed to leading the path forward so that we can safely re-open America and create a five-star event for attendees and guests this August,” she added.

Runge is currently based in North Carolina where he consults on health and safety risk management, medical preparedness and response, operation planning, biodefense and transportation safety.

“He knows the players on the ground at the state and local level,” a convention official told Fox News. “He is going to be instrumental to us as we try to pave a safe path for the convention in August.”

A convention official told Fox News that Runge will be working with the White House Coronavirus Task Force and with federal officials, as well as the North Carolina governor and the mayor of Charlotte, “to determine action to hold the in-person convention that we are going to have in August.”

The official noted that it is in the GOP party bylaws to hold in-person conventions.

But while the convention is still several months away, the Trump administration’s coronavirus guidelines have urged individuals to limit gatherings to no more than 10 people for now. The GOP Convention team is planning for nearly 50,000 visitors, including delegates, members of the media and guests.

“We recognize that this is an unprecedented health crisis,” a convention official told Fox News. “We are committed to working with health experts, and following guidelines and federal recommendations to safely execute a five-star event.”

A convention official told Fox News that the event will play an integral role in promoting local businesses and generating millions of dollars across the region, amid the economic downturn due to the coronavirus pandemic.

The official noted that there are “a lot of folks who want businesses opened.”

The DNC convention committee said the event would be held the week of Aug. 17 in Milwaukee, Wis. It was originally slated for July 13-16.

“In our current climate of uncertainty, we believe the smarted approach to take is additional time to monitor how this situation unfolds so we can best position our party for a safe and successful convention,” Joe Solmonese, CEO of the Democratic National Convention Committee, said in a statement last month.

“I have always believed that American innovation and ingenuity shine brightest during our darkest days, and for that reason, I’m confident our convention planning team and our partners will find a way to deliver a convention in Milwaukee this summer that places our Democratic nominee on the path to victory in November,” Solmonese added.

He later floated that the DNC could potentially be looking to hold a “virtual convention.” But party Chairman Tom Perez still has predicted an in-person convention.

President Trump took a swipe at Biden last month for the suggestion.

“Joe Biden wanted the date for the Democrat National Convention moved to a later time period,” Trump tweeted. “Now he wants a ‘Virtual’ Convention, one where he doesn’t have to show up. Gee, I wonder why?”